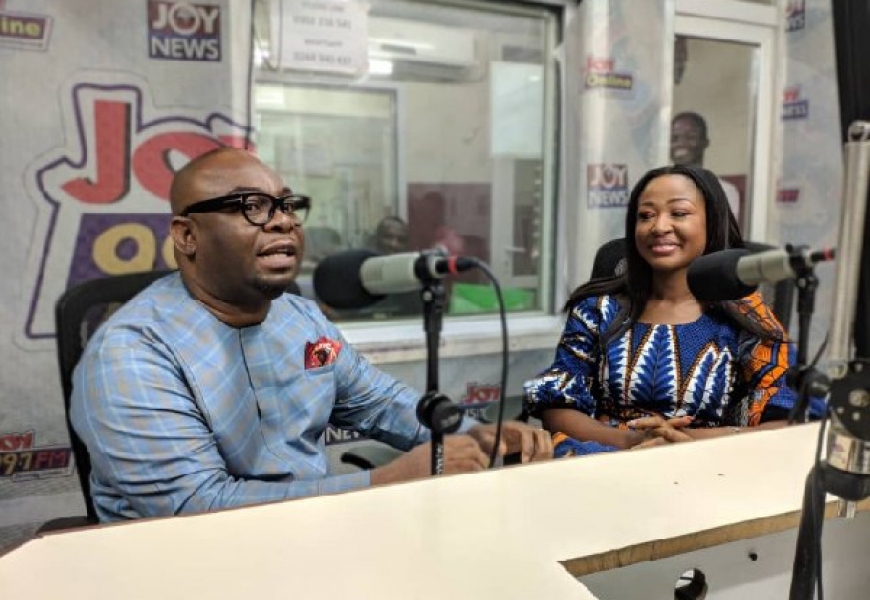 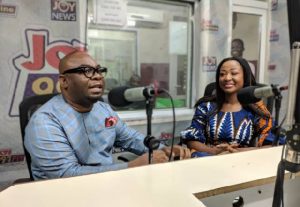 Wife of Reverend Victor Kpakpo Addo (Azigiza), has revealed she was a matchmaker for her husband and another lady.

Speaking on Drive Time, Wednesday, Mrs. Gertrude Edith Addo said she was just friends with the former award-winning DJ then and was happy to help him find a partner.

“I was a betweener . Sometimes I scouted for girls just to help him find someone,” she told Lexis Bill host of the show.

Mrs. Addo said it took a disagreement between her and Azigiza for her to realise she was in love with the man.
“He came to visit me, we had a misunderstanding and he got upset. I wondered why he was upset and right after he drove off [and] I cried. That was the day I realised I was in love,” she added.

She said, she once stood in front of a mirror to check if she had what her husband liked in a woman.

“There was something I love on a lady so wherever we were driving I used to say see this girl she dey form, see this girl has this or that. So when I found out she actually checked herself to see if she had what I wanted, I was ready to marry her,” Azigizah stated.

He told Lexis Bill what informed his decision was if his wife had gone through the pains to check if she had what he loved on a woman then it meant she was ready to prep herself for.

On whether he had checked himself to see if he was what she wanted, the reverend minister said: “from what I saw, she wanted a leader, someone she would talk to, she wanted someone who will give her the chance to speak her mind and I am that kind of person.”

Mrs. Addo said she realised what moved her from being a ‘betweener’ to someone in love was Azigizah’s big heart and sense of humour.

“ I used to call him Father Christmas.” 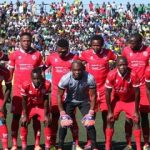 CAF CC: Kotoko back on track with 2-1 win against Zesco