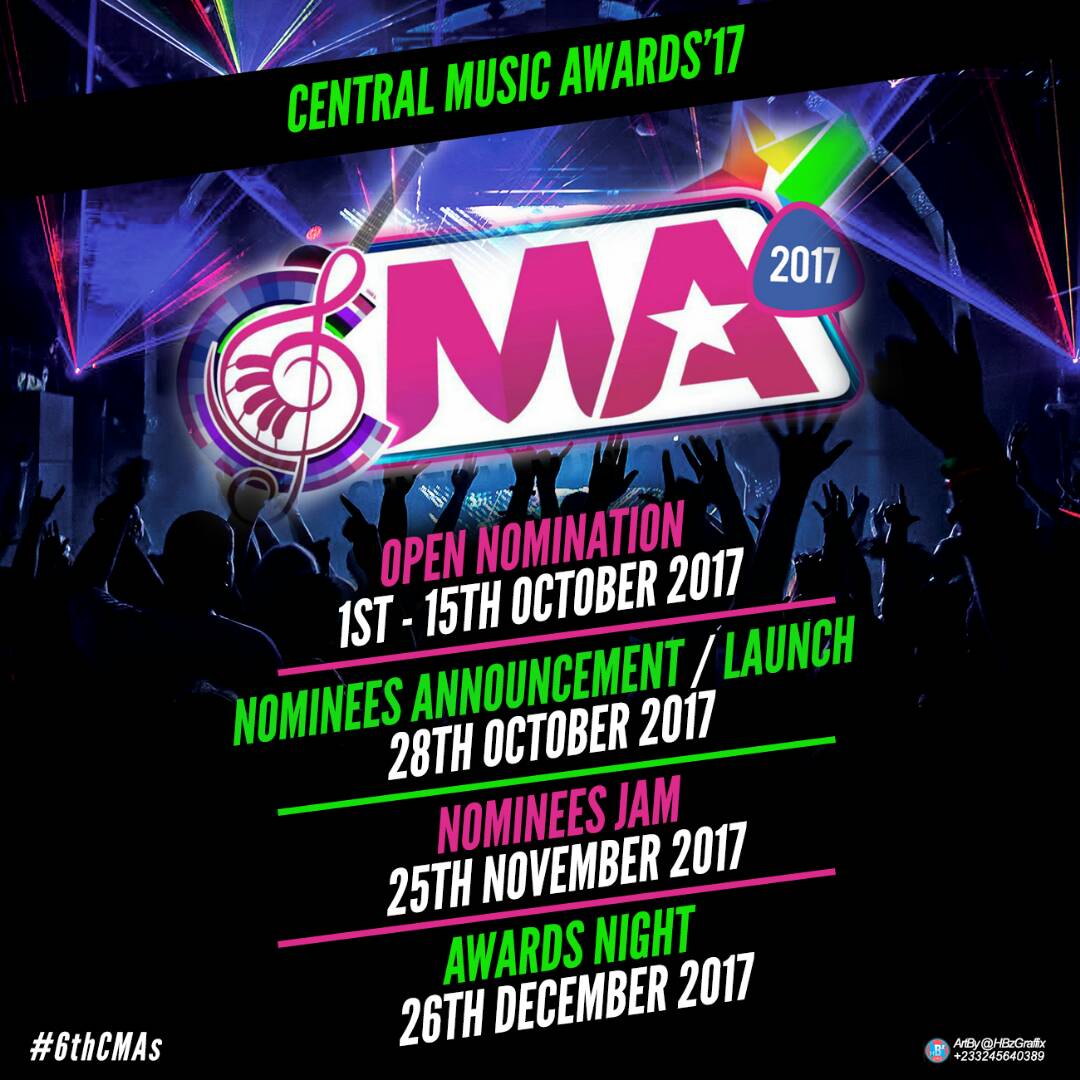 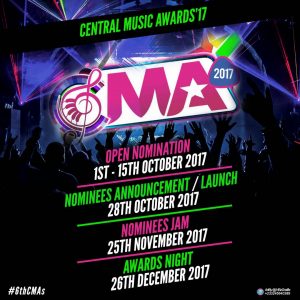 Candymania Entertainment, organisers of the Central Music Awards (CMA) invites nominations for the 6th edition of the Award scheme which officially opens on Sunday, 1st October, 2017.
CMA, is the biggest event in the Central Region organized annually, which is aimed at recognising the contributions of hardworking and outstanding musicians in the Central Region. All interested musicians are encouraged to pick nomination forms from the offices of Sompa Fm, partner radio stations or download online from www.centralmusicawards.com

Completed hand-filled forms with copies of commercial recordings (CDs and Videos) should be submitted to the aforementioned offices or website, not later than 15th October, 2017 at 11pm prompt, when all nomination close.

Categories for the 2017 CMA are as follows:

All entries will be made exclusively on their website www.centralmusicawards.com 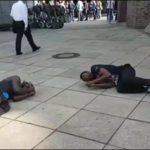 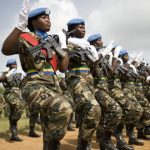 We Are Sex-Starved, Ghanaian Men Are Refusing To Propose To Us – Ghana Military Women Cry Out