Excellence In Broadcasting Network has officially apologized to the acts who were not able to perform at the recently held S-Concert 2017 organized by Starr 103.5 FM, which is a brand of the company.

The company has taken full responsibility for some of the backstage problems like the inability of acts such as Samini, Ebony and Mr Eazi to perform, management has also promised that such problems will not repeat themselves in the future and praised the fans for coming out in their numbers to show their support throughout the duration of the program.

Read The Full Statement After The Cut…..

At the 2017 edition of the annual S Concert event, some of our announced acts were not able to perform.

We regret this and take full responsibility. We would like to convey our sincere apologies to all concerned, especially Samini, Ebony and Mr Eazi.

We also would want to apologize to the teeming fans who came out in their numbers to support these acts.

The S Concert platform remains one for all and we are sad this happened particularly to some of our most revered local acts.

To the thousands who showed up at this year’s S Concert, we owe you so much for being part of yet another historic edition. See you all next year, for a bigger and better event. 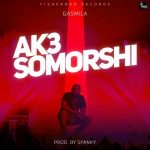 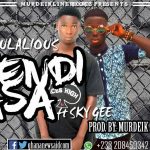