Fireboy DML collaborates with his YBNL Nation labelmate Asake to release the new anthem in advance of his upcoming album.

Shortly after teasing the single with Asake on Instagram, Fireboy DML chooses to release the whole track this weekend.

“Bandana” is Fireboy DML and Asake’s debut collaboration. It’s a possible smash that serves as the fourth released song from Fireboy DML’s upcoming album, “Playboy,” which is set to be published in August.

P.Priime, the serial hitmaker, is credited with production. Fireboy DML unveiled the official album art cover and release date a few days ago, which is coming up in the next few weeks.

Prior to the introduction of his album, Fireboy DML and Ed Sheeran’s collaboration, ‘Peru,’ was certified Gold in the United Kingdom and received multiple remixes. Fireboy DML appeared on the remix to Madonna’s huge hit ‘Frozen,’ as well as Reekado Bank’s song ‘Ozumba Mbadiwe.’

Do you find Xclusivepop useful? Click here to give us five stars rating! 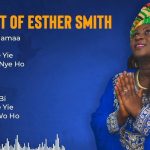