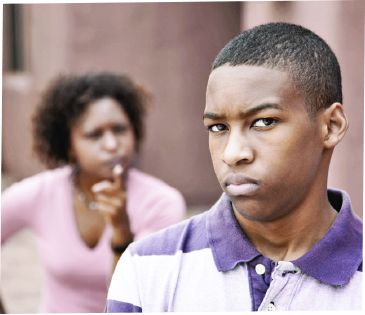 We tend to believe

that parents cannot be toxic to their kids and we let a lot of toxic parents get away with their toxicity and instead of helping the kids who are victims, we dismiss their pain and invalidate their struggles.

Just because a person has birthed a child does not mean that he cannot harm the child. We have cases of parents physically and sexually abusing their children or allowing other people to sexually abuse them. And toxicity goes beyond that.

There are parents that retard their children’s growth and curb their development. And, in most cases, because of the way that society views toxic parenting, the children either are shamed into silence or they grow up not seeing anything wrong with the way that they were raised. And from that comes the belief that they ended up well despite the abuse when the way they live their lives and view themselves shows otherwise.

Sometimes, parents beat the self-esteem out of their children and wonder why they grow up withdrawn and unhappy. We should learn to reach out a helping hand to people with toxic parents instead of blaming them and shaming them into silence

[mc4wp_form]
By signing up, you agree to our Terms of Use and acknowledge the data practices in our Privacy Policy. You may unsubscribe at any time.
Kwame Anane December 26, 2018
Share this Article
Facebook Twitter Copy Link Print
Share
Previous Article Gifty refuses to release the DNA test of her child whom Mr. 2kay claims to be the father
Next Article