Sarkodie took a lot of things for granted during Rapperholic 2018. Yeah, it was that bad.

It is common practice to find people in a happy mood wherever music is played. One could start some good music in the midst of chaos and have positive feedbacks.

The point in case is, seeing people dance and move around during Sarkodie’s Rapperholic should not cloud the fact that 2018’s show was a poor one in many aspects.

For someone who recently disclosed his plans of wanting a meeting with Ghana’s president to talk some national issues, managing a few thousands of the whole population shouldn’t have been an issue but it was.
Ghanaian musician, Sarkodie

This year’s Rapperholic edition promised to be bigger and better than what the fans got served with last year.

King Promise and Shatta Wale, among others.

This year’s edition, however, promises to be nothing short of what was experienced last year.

Unfortunately, Some Fans did not experience the RAPPERHOLIC Heat.

According to them, The SHOW was a total Flop

Kemi Olunloyo tells Davido that HIV awaits him
Next Article 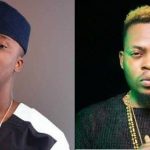