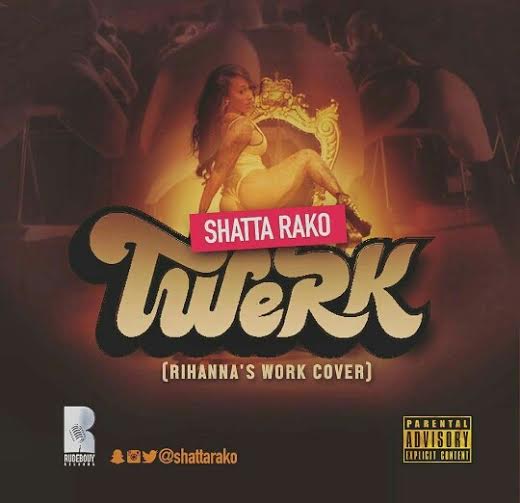 Rihanna and Drake’s charted dancehall jam  ” Work” is about to get officially  ameliorated and covered with  “Twerk”
The dancehall tune which has recurrently  charted on  the rhythmic and urban radio charts for the past nine weeks after its release and currently reigning as number 1 in the past four weeks on the chart  is also the reigning #1 on Billboard’s all-encompassing Hot 100. 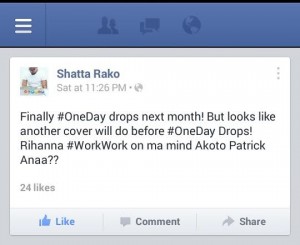 The world have witnessed four covers to this masterpiece and the fifth official cover seems to be served by Ghanaian dancehall heavyweight Rexford Amoah also known as Shatta  Rako.

The artistic dancehall act took to his facebook platform two days ago expressing his impulse about unveiling a cover to Rihanna’s “Work” hit single making him the first African to jump on that riddim with Rihanna and Drake.

Shatta Rako is a jack of all trades when music is made the topic of concerns due to his versatility. He actually does implausibly well on every beat or riddim he records on.

Ghana has witnessed the “lyricist” cover and ameliorate so many songs.He recently unleashed “bitter truth” as his first single in 2016 covering ED Shereen’s “Thinking Out Loud”.

The dancehall artiste has however promised to serve his fans with another upcoming tune dubbed “One Day” in April after the unleash of his “Twerk” single.
Anticipate!! 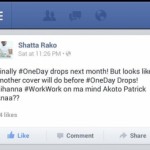