SHARE
Home » News» I slept HUNGRY even after performing in Churches-Hanna Marfo recounts her bad past » Share To.. 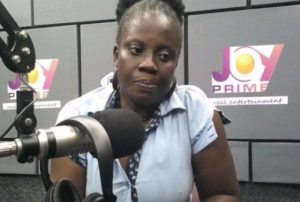 Ghanaian Gospel singer, Hanna Marfo has recounted some bad experiences at the peak of her career where in some cases, she slept hungry despite going to perform in some churches.

According to the musician, pastors of such churches took her for granted and invited her to perform without paying a dime for her struggle and at the end of the day, she had to drink only water before retiring to bed.

She asserted that some pastors in the early days when Gospel music was most enjoyed took them for granted in the name of “God’s work”.

“Sometimes you have to drink water to bed after you have gone to perform in a church, you see”, Hanna Marfo revealed this in an interview with Light FM in Kumasi monitored by MyNewsGh.com’s  Syxtus Eshun.

This was so because she never charged churches she performed for even when she was at the peak of her career.

“No single church in Kumasi can tell me I charged to perform whiles I lived there. In those days, people paid me according to what they thought it was a good wage. Sometimes you have to drink water to bed after you have gone to perform in a church, you see”, she narrated her ordeal.

“I have performed and gone to bed with no food. Even common transportation they won’t offer you”, she added

Counting the number of churches which did this to her, the singer indicated it wasn’t just one.

“Lots of them, all they say is God bless you. I don’t know if the trend has changed this time, but previously, some were doing it”.  She stressed.

She is of the conviction that these are some of the things which have gingered the new artistes to charge churches before performing.

Regretting her old days in the industry, Hanna Marfo sorrowfully stated that, she wouldn’t be begging for money today to care for her sick daughter if she had charged for performing during her peak time in the industry.

She counseled upcoming artiste “this is the time all churches come together and help grow artistes” adding that churches must pay something worthwhile to the artistes.

Hanna Marfo is out with a new album and in the wake of her child’s illness to raise money for her surgery. 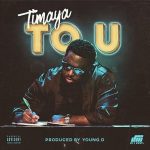 [Music & VIDEO] Timaya – To U
Next Article 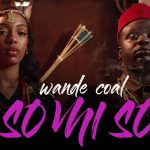