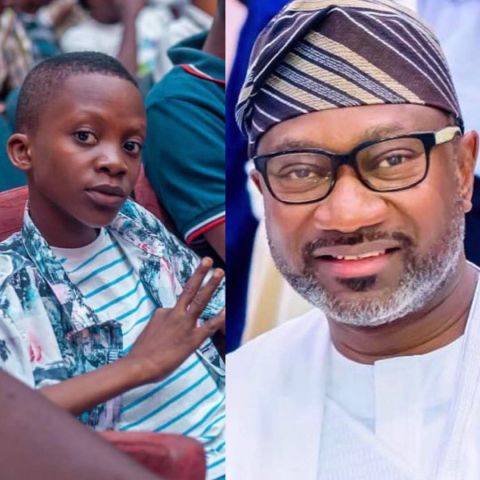 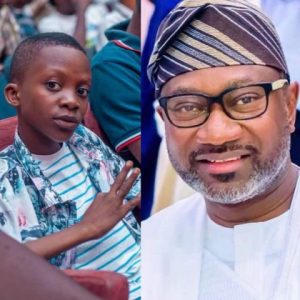 An 11-year-old rap street rap sensation called “Megabyte” has won the favor of Nigerian billionaire, Femi Otedola who decided to sponsor his university education after hearing the boy spit some dope rap lines that got him (Femi) inspired.

Megabyte is a young boy that was discovered freestyling on the street of Lagos wearing his school uniform and ever since then, he has become the taste of many across various social media platforms. Somehow, Femi Otedola came across the boy and heard him rap. The boy’s rap got to the billionaire that he couldn’t just give him thumbs up and go.

The billionaire businessman blessed the poor boy with a scholarship that will span all through his tertiary education. He possibly thought to keep his benevolent act on the low. But it seems like he was too blown away by the boy’s art that he just couldn’t help talking about him. On IG, Femi shared a video of Megabyte paying him a visit.

On his IG, he wrote: “Invited @megabyteofficial to my office. This young man inspires me and I have decided to pay for his education immediately and all through university.”