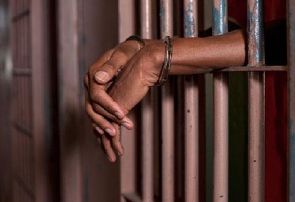 An 18-year old third year student of Achimota Senior High School who allegedly shot a female colleague with his father’s single barrel gun has been sentenced to three years at the correctional home by the Juvenile Court in Accra.

The accused was reported to have brought out his father’s gun under a bed with the intent of shooting in the air but ended up killing his friend Lily Donkor who is also a third year student of the same school.

The accused faced a charge of manslaughter.

According to Kasapa FM court correspondent Daakyehene Ofosu Agyeman who was in court, the 3 years sentence is the maximum sentence according to the juvenile Act.

The facts as narrated in court earlier were that, on January 4, this year, at about 14:00 hours the deceased Lily who lived at Cantonments visited the accused person at Community eight (8) in Tema.

According to the prosecution the accused went into his father’s room and picked up his father’s single barrel gun and shot the victim in the abdomen.

On January 5, this year, accused told the police that he intended to shoot into the air however the gravity of the gun changed course and hit the deceased.

The prosecution said one Madam Gifty Billy, a neighbour, heard the gun shot went to the scene only to see the victim lying in a pool of blood.

Prosecution said Gifty rushed the victim to the Port Clinic in Tema.

However, due to the condition of the victim, she was transferred to the 37 Military Hospital in Accra, where she died on admission.