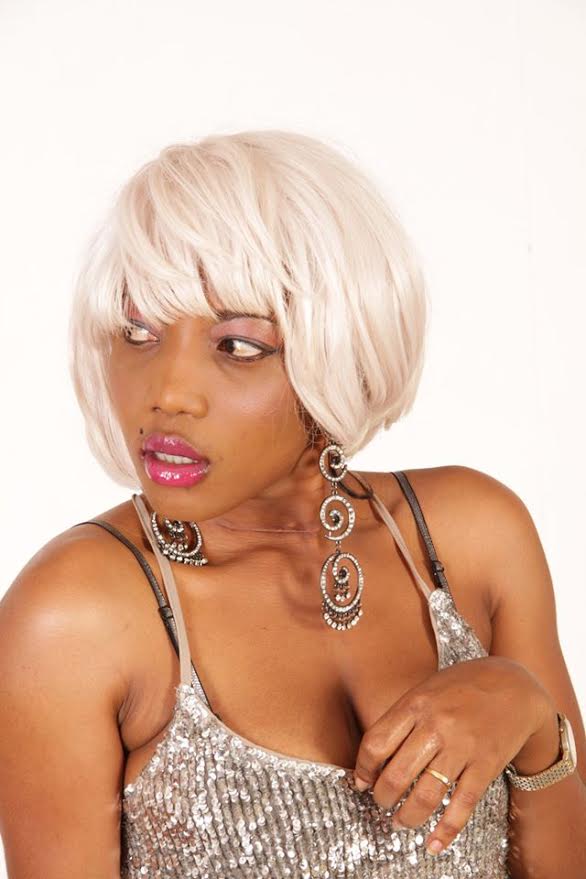 Home » News» Actress Marian Addo Talks About Her Current Projects And Who She Really Is » Share To..

Ghanaian actress, Marian Addo, who made wave with her role in the movie, ‘Hot Fork’ which got everyone talking has disclosed why she been away from the movie scene but told us who she really is, after www.nanakesse24.com interviewed her.

Marian had been in the movie industry for a long time, due to the role she more times stars in, people and fans lambasted her as a bad girl, and even called her a stripper. Later, Marian came out and dispelled rumours that she was a stripper, arguing the fact that she sometimes showed off certain parts of her body in films does not mean she is a stripper.

Marian, who is a product of Socrates Safo’s Movie Africa Productions, started acting from young days and has since appeared in a number of Ghanaian movies.

The beautiful, married actress, who has starred in almost 40 movies both English and local language (twi), played lead roles in Ghanaian films such as Hot Fork, Love & Sex, Rhapsody of Love, Crazy Love, What Sex Can Do, Kiss Me If You Can and many more, as well as a stint with the popular television series Efiewura, and the recent TV series ‘Shampaign’ directed and produced my Shirley Frimpong-Manso. Showing every Tuesday & Thursday at 9pm on DStv Channel 151.

You see in those days, I had a hard time differentiating the characters an individual played in a movie and who they are as a person, especially if I thought a character was splendid. After watching “HOT FORK” directed & produced by Socrates Safo. I had this desperate desire to meet Marian after I felt in love with her role in that movie.

The beautiful actress who first struck me, was so firm with her beliefs. One who did not even fear the highest authority on her land. Neat cornrows, a sophisticated style, dress and grace. She walks with purpose, rocks decent and wonderful outfit when stepping out or going to church.

Later, I discovered that in real life, the roles she plays does not exist in her. Marian Addo did exist though as one decent, humble, respectful, intelligent, God fairing actress and also love to associate with the sick and poor in terms of supporting them.

www.nanakesse24.com had the privilege to interview her, and here is an excerpt of our conversation.

Marian Addo is an actress, Humanitarian and entrepreneur. Having two children, and am a married woman, been married for 12 years now and have been in the acting for almost 18 years now and I love my work so much, acting is my life and I do everything to may sure I present the script and the character which is supposed to be. I respect my work as an actress because I project or present values and rights of human beings. So I really make sure I go according to the script and the direction of the director to give out the best. Marian loves the Word of God and gets a lot of inspiration from it. Am a person I don’t give up in life in whatever I want to do.

What get you going in life?

I live the life as to day and I respect the young, elder and everyone, and I make sure I don’t hurt my neighbor, also I do what is expected of me and do have a little fun, because I have the world to live ones, but I make sure I don’t hurt anybody. If I see somebody hurts, I try to approach that person if I can be able to heal his/her sore. I know we are in the world for each other, one hand is to wash the other. I try to help if someone is in need, after all, there is blessing in giving than receiving.

What inspired you into acting?

Ok, I grew up loving acting, but I didn’t really want to act, because I was more into rights and responsibilities of children and people who suffer, and trying to find ways and means for helping them out of it. But I later realized that, I was into the practical stuffs than into writing and sitting in some office using pen and paper, so in the process, a colleague introduced me into acting and I said okay I can do this, I tried the first one it was nice, again, tried the second one it was beautiful, then, I said wow I can really do this. So it started from there because I do my work with a lot of passion and a lot of respect, because I realized am telling a story of somebody.

Who are some of the people you admire most?

I admire and respect Angelina Jolie. Because of her strength, courage and the way she carries herself, love associating herself with Africans and anything relating to children responsibility and her fight with cancer, also the way she stays too strong for her children and all that. A very principle woman, and she acts very naturally. I also think it takes a lot for one to actually be a great and good actress. I don’t think it is easy.

What are some of the films you have starred in?

I have starred in almost 40 movies both English and local language (twi), played lead roles in Ghanaian films such as Hot Fork, Love & Sex, Rhapsody of Love, Crazy Love, What Sex Can Do, Kiss Me If You Can and many more, as well as a stint with the popular television series Efiewura, and the recent TV series ‘Shampaign’ directed and produced my Shirley Frimpong-Manso. I can’t remember the rest oooo.[laugh]

What do you think is the role of film in shaping the African Identity?

The way we present Africa in our movies in our documents, in our stories, in our series, tell a lot about the way somebody who is not coming from Africa will look at it. So I think film plays a very big role in telling our stories, explaining our cultures and documenting them. Understanding these stories gets us closer to understanding the continent.

Is there a film to which you have sentimental attachment to?

Yes, I have 4 films which I love very much: Sound of Music, Titanic, Lion King and one locally old movie about the two old men Akacha and Akata… Oh my God!!!, I love that movie! It got me to laugh with tears. I can’t remember the title though.

How does one remain grounded in an industry such as the one you work in?

Well, knowing where you are coming from and how you were brought up helps. I was taught to always give and remain humble. But that is not to say you let others mistreat you.

If you were to give yourself a role in a film, what would that role be?

I would love to play a key role in a movie as mad woman or a sick patient, because those are a very challenging roles which demand a lot of research to play it well, also it not an everyday character.

What is the craziest thing a fan has done to you?

Fans can do a lot {laugh}. People can tap me at my back or hit me or even say awful things to me, thinking they know me so well. One day, was embarrassed when I was walking in town a lady saw me shouting and screaming loud, then everybody was looking at us. I had to find a nice way to stop her (not to say I wasn’t happy with it, {Laugh})

What is your philosophy of life?

How do you hold your responsibilities as a wife/mother and your job (Acting)?

Okay, I have a lovely husband who helps me with the children and when am supposed to go on set, I take it, as if it my day off or am on vacation {laugh}. My husband takes care of the children, and sometimes too my mother does that.

Do you do any job apart from acting?

Yeah! I do a couple of things; I go around the communities and villages talking to people about the rights and responsibilities of children, also I do Make-ups (extreme makeup, theater makeup, blood guards etc.) and some other stuffs.

What are your hobbies?

I like partying, love swimming, I love spending the quality time with my children because I think at the moment that the good hobby to have, I love watching movie … Oh my God!! .. I love movies, because that is when I learn most of my things from. Another funny thing about me is I like teasing people …oh my God! {laugh}.

What is your current charge for featuring in a movie?

Hmmm I can never disclosed that … oh my God!! But it’s okay; it pays the bills, send the kids to school, but you can never mention it.

What was your role in the TV series Shampaign? And also narrate a little about the series to us.

In Shampaign I played the role Ashorkor. Ashorkor happens to be a village champion, who loves to match with game and being on point is the name and also make sure she gets what she wants.

Shampaign is a political drama series that follows the unruly lives of a young political campaign team who work tirelessly to make political history by getting a single mother elected as the first female President of the Country whiles dealing with their own personal demons.

The post Actress Marian Addo Talks About Her Current Projects And Who She Really Is appeared first on Expose Africa.