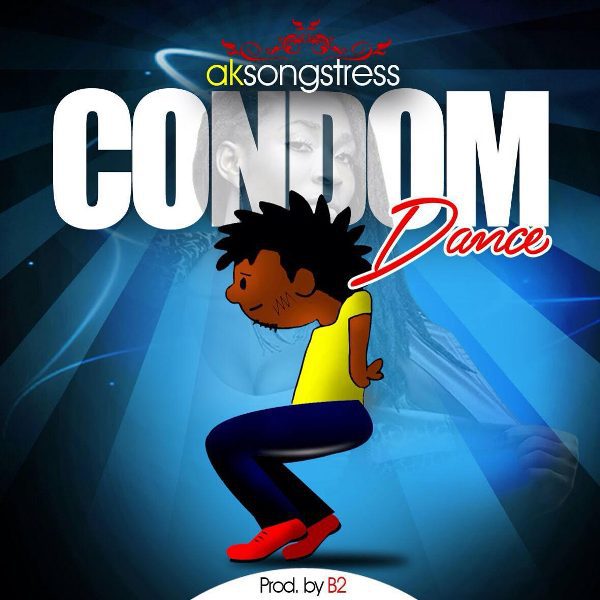 Most often, safe sex messages are geared toward younger people, but sexually active people of all ages should be aware. Safe sex is about taking precautions. Sexual intercourse with someone of the opposite sex could lead to an unintended pregnancy and sexual contact of any sort could spread sexually transmitted diseases (STDs). Safe sex is absolutely essential to avoiding these unwanted consequences and it must happen before you’re anywhere near ready to have sex.

Female reggae / dancehall crem de la crem Akosua Kwakye better recognized in the showbiz circles as Ak Songstress has unveiled the provisional art cover for her latest single, Condom Dance. The song seeks to promote safe sex. The hook is “if it’s not on it’s not in”. She is using music and dance to promote safe sex.

The art cover was released on 27th May, 2016. Before it was even released, there was a video snippet illustrating the icing on the song with serious dance moves which has already gone viral. Ak Songstress’ #CondomDance will officially be released on 4th June, 2016. If it’s  AK then it’s OK.