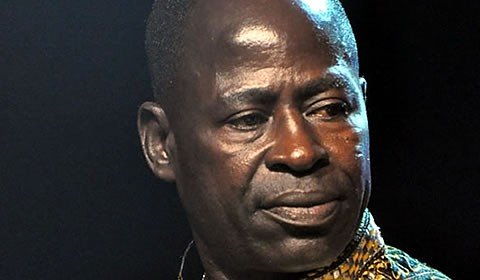 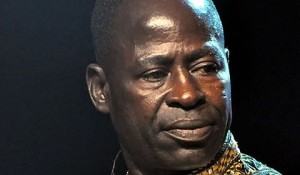 Highlife icon, Abrantee Amakye Dede, is claiming that he had been threatened for no apparent reason at Agogo, his hometown, in the Ashanti Region.
He alleged that one Alhaji Sulley, a resident of Agogo, threatened him on telephone on Saturday, July 1, this year, without any provocation, “and I am not taking the threat lightly.”
Amakye Dede has maintained that he recorded Alhaji Sulley’s threat on his (Amakye Dede’s) mobile phone and that he had since reported the matter to the Agogo police to investigate.
The music star has given a copy of the tape on which a voice, which he claimed to be that of Alhaji Sulley’s, has been recorded to Daily Guide.
On the tape, a certain male voice said, “Amakye Dede, this is Alhaji Sulley. If you joke I will beat you mercilessly. I don’t have any problem with you, and if you want us to have a problem, then I will have a problem with you.”
Sounding alarmed about what he heard, Amakye Dede asked, “Who is on the line?” and the man answered, “It is Alhaji Sulley.”
The music star then replied, “Master if you don’t have problem me, I have problem with you, so if you see me go your way and let me go my way.”
The said Alhaji Sulley then in an angry tone warned, “Be very careful. I will beat you; from here I am coming for you.”
Amakye Dede replied, “Come! I am waiting for you,” and the man continued, “I am at Zongo now with my numerous boys and we will come for you.”
The two men, who obviously had lost their tempers, then traded verbal assaults on the phone till the hot exchanges came to an abrupt end.
According to Amakye Dede, he didn’t understand why someone should threaten him and so he had informed his lawyer in Accra to institute a court process.
Giving the genesis of the rumpus, he said he was walking with Nana Amoako, Saamanhene of Agogo, on Saturday, July 1, this year, when they met Ahaji Sulley, who greeted him (Amakye Dede.)
The music star said Sulley had continuously shown gross disrespect to him (Amakye Dede) “so I became annoyed when he greeted me and I openly told him not to greet me again.”
Amakye Dede said minutes after the encounter, Alhaji Sulley called him on phone and started insulting him, after which he allegedly threatened to beat the music maestro.
He alleged that “Some hours later, I sent my brother, Yaw Nkansah, who was driving my car and Alhaji Sulley ordered his ‘machomen’ to beat him up. I went to report the case to the police.”
When Daily Guide contacted Alhaji Sulley on telephone for his side of the matter on Sunday afternoon, he pleaded with the paper to wait till Monday before he could talk about the issue.
The paper’s insistent explanation to him that the story would be published (today) Monday, so he should talk, failed to convince him, as he claimed to have travelled.
When Daily Guide contacted the Agogo District Police Commander, ASP Asamoah Agyekum, he said Amakye Dede and Yaw Nkansah on Saturday lodged a complaint of threat and beating, respectively against Alhaji Sulley.
He said whilst they were making their complaints, Alhaji Sulley also arrived at the police station to report that Amakye Dede had brought some ‘machomen’ to beat him up.