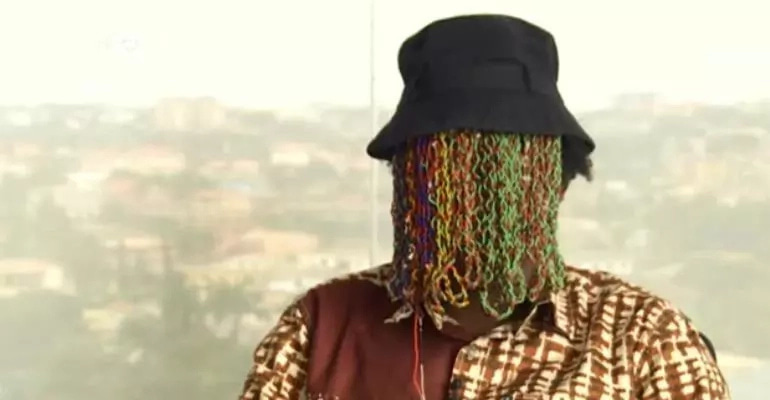 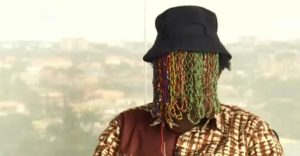 – A former school mate of investigative journalist, Anas Aremeyaw Anas has revealed his name.
– According to the former class mate of the journalist, Anas used to possess some supernatural powers while in school A former mate of award-winning ace investigative journalist, Anas Aremyaw Anas, has recounted a chilling account of incidents he witnessed as a former class mate of the journalist when they were in Law School. In an interview with MyNewsGh.com, the classmate of Anas narrated how the journalist entered the Law School with a mysterious name and could disappear from class moments after he walked in and took his seat.According to the former school mate, “The little I know about Anas is really shocking” adding that so “those who think they can handle him should really tighten their belts spiritually.” “Anas and I attended Law School together”, when asked what name Anas used in school, he initially refused to mention for fear but when assured of that nothing would happening to the journalist, he opened up and mentioned the name. He revealed that back in school, Anas was known as “Prince Akorley”. “He used to sit at only the back row.”, he recalled with a laughter. “Why I am telling you this is the fact that even in school, Anas was exhibiting strange signs of spirituality which used to baffle us. One would see him enter the class and see him seated alright but before one turned one’s head again, Prince Akorley was no more there. Nobody saw him stepping out too!” His friend recalled a situation “on one particular day” that he cannot forget. He said on that fateful day, “I saw him entering the lecture room as we were all seated. I mentioned his name “Wonderful Prince” just to ‘give him fans’ and he winked at me as he took his seat but all the others in the classroom asked whether I was mad. Where was Prince? I could not understand. There was Prince in his seat, smiling at me. Could they not see him? The 16 other students in the classroom said they could not see any Prince. This frightened even me. Was that not Prince I still could see? And why was he looking so straight at me and smiling? Could he hear the others saying that they could not see him? Why could I see him?” He said recalling how crazy it all felt back then. “I approached his seat to touch him for all to see but when I reached it, there was no one in it. The Prince that was just smiling at me was no more there. I remember how the rest of the students laughed at me, concluding that I was probably suffering from hallucination.” According to him, that incident left him really afraid and he fell sick and had to go home. According to Anas’ classmate, upon explaining the situation to his grandfather at Wheta, he explained to him what had happened that he alone could see “that Juju student” because of the spirit they worship in their own family which makes one possess the third eye, “so it was with the third eye that I was seeing him. The Anas I know must be a spirit or be in possession of a strange spirit. “That was what my grandfather Kofi Hanya Dovlo told me when I narrated the incident to him.” he warned me to keep off that student. I have since experienced lots more of such sights whereas I could see people who were dead but others could not see them, I can see witches even now in the day time, but I am not a witch hunter and my law background warns me about proof so I normally keep quiet. One does not know whether his spirit is from God or not. “Torgbe Gabliga Govuvu, our family priest was tasked to investigate the source of Prince’ powers and whether he meant me harm in the class, but Torgbe couldn’t get to the bottom of his powers. He was only sure Prince meant no harm to me which was why I didn’t go to the authorities”. When asked how he concluded Prince Akorley was same as Anas Aremeyaw Anas, he said he confronted Prince about it, and why he behaved strangely in class and sometimes disappears, and comes and goes at will, to which he told him the whole truth because Anas discovered that he could see him when no one else could. Anas’ mate says seeing the work of Anas, he will laugh at anyone who intends to embark on the ‘dangerous venture’ of pursuing him even spiritually. “If his powers are from God, then it is hopeless trying to track him down. If they are from Satan however, then there is hope of getting him because one could negotiate with a more mischievous spirit to counter another spirit in that realm. Till that is done and his spirit is found to be less powerful than the spirit negotiated with, there is no hope ever of getting Anas spiritually.” he said. He said he is convinced that “he is definitely not just another human being. That guy is a spirit or has a strange spirit. Whoever wants to track him will have to be extremely strong. He sees you when you hadn’t seen him. He is simply a mystery beyond easy raveling.”