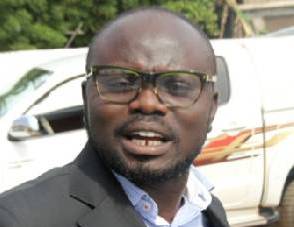 The family of Kwaw Kesse’s manager, the late Fennec Okyere have called for the arrest of Shatta Wale and his former manager Bulldog.

Spokesperson for the family, Ursula Owusu told Starr News that she has alerted the Police over the claims by the ‘Hold it’ singer.

According to her, the statements by Shatta Wale must be probed by the Police to establish who he was referring to.

Shatta Wale made an allegation against his former manager, Bulldog at a radio press conference today on Pluzz 89.9 FM over the split of the two.

He claimed Bulldog in a fist of anger, threatened to kill him.

“I have repeated the part about him threatening to kill me twice and I won’t hide it. Somebody asked him; Bulldog are you not the same person who has issues to answer in Ghana about things like these, and he responded; don’t mind him, I will kill him like I killed the other guy,” the Shatta Movement king told the media at press conference in Accra today.

It is unclear the individual Shatta made reference to, but Bulldog was charged over the murder of another entertainment personality Fennec Okyere last year. He has, however, been acquitted and discharged in the case.

Fennec Okyere, who was the manager of Kwaw Kese, he was killed last year at his Manet Gardens residence on the Spintex Road, Accra on Thursday, March 13 by unknown assailants. He died at age 31.