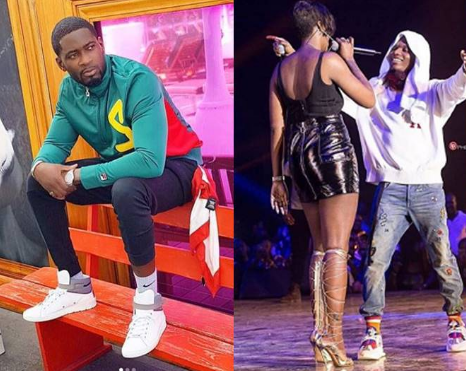 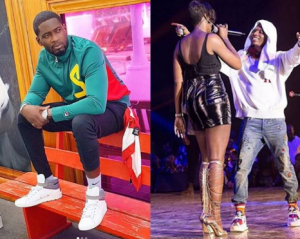 Just yesterday, Tiwa Savage’s ex-husband, Teebillz thought it wise to clear the air on the rumored affair between his ex-wife and the international starboy, Wizkid. However, his words were regarded as the words of a bloody loser.

For goodness sake, Teebillz took to the airspace to post that Tiwa Savage would never consent to get laid by a billionaire, not to mention a small boy like Wizkid who he referred to as his “lil bro.” He further made some statements that supposed that Wizkid is too afraid of him and would not dare to cross his path by getting involved with Tiwa.

This got many people trash-talking him and calling him names, as they couldn’t believe that despite being clear enough that Tiwa is allegedly “balling” hard with men that matter in the industry, Teebillz still managed to say that.

Even Teebillz had tagged Tiwa an “Olosho” during their fight and even mentioned some industry big boys who he said had taken their pound of Tiwa’s flesh. So it was quite amazing to see him come up with a post that painted Tiwa a saint. Callouts kept coming his way. As a result, he couldn’t take it anymore, hence his decision to delete the post.