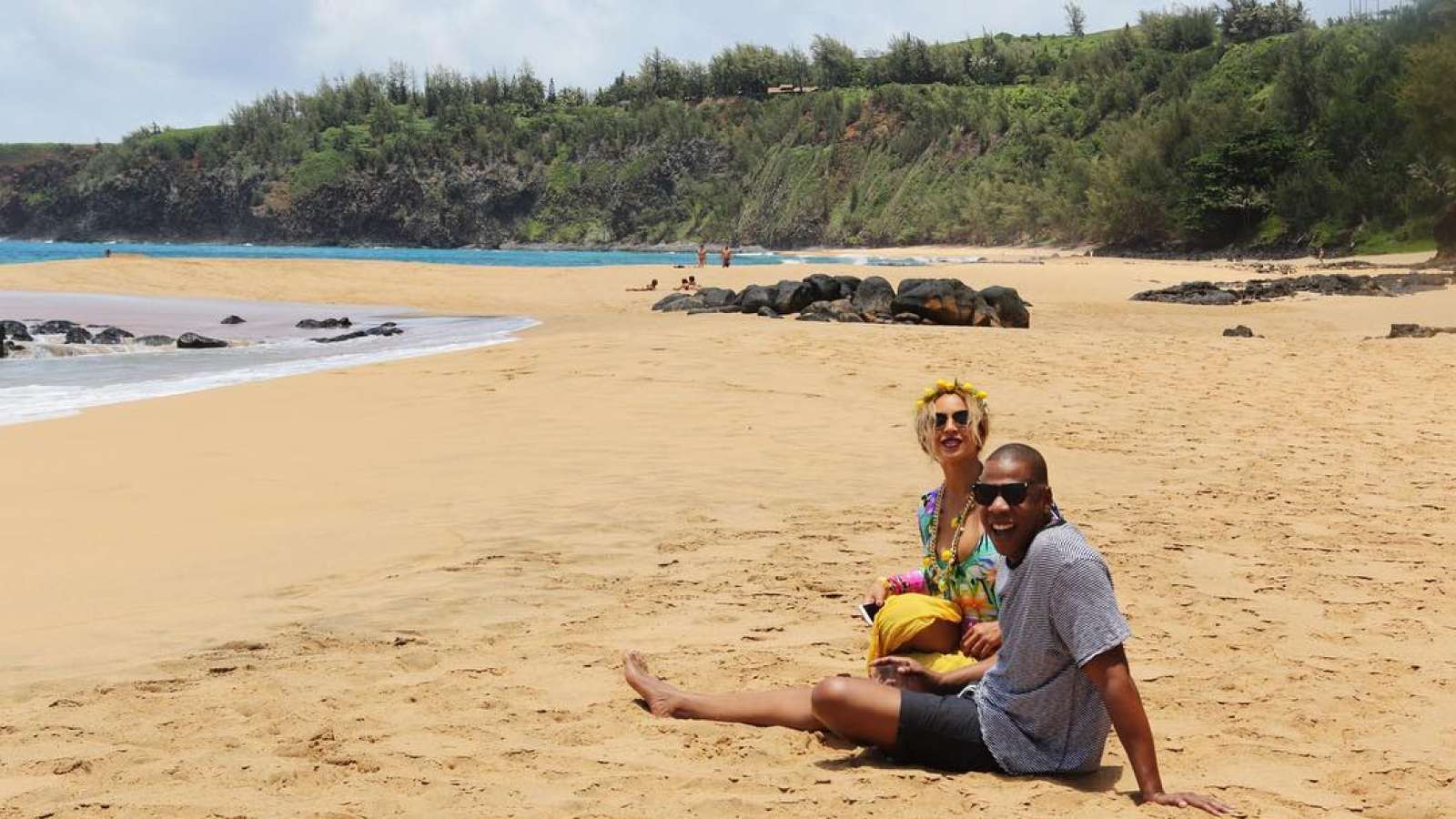 Beyonce silences critics with photos of her, Jay-Z and Blue Ivy on a vacation in Hawaii.

All seem to be going be very well in the marriage of the Carter’s. Beyonce and her rapper/CEO husband, Jay-Z were spotted together on vacation in Hawaii having a good time with their daughter.

The pair seemed to have patched things up after Beyonce’s song “Lemonade” suggested that her husband and father of their 4-year old daughter, Blue Ivy was having an affair with a certain “Becky”.

The two looked great together as they walked arm-in-arm on the beach while playing together on the rock amidst some kisses and selfies.  Beyonce stunned in a floral cut-out swimsuit and a lemonade inspired headgear while her husband went for a grey top and a black shorts.

The shared images of the very private couple on the Island are believed to be a move to silence critics and rumours about their 8-year marriage which was supposedly on the rocks.