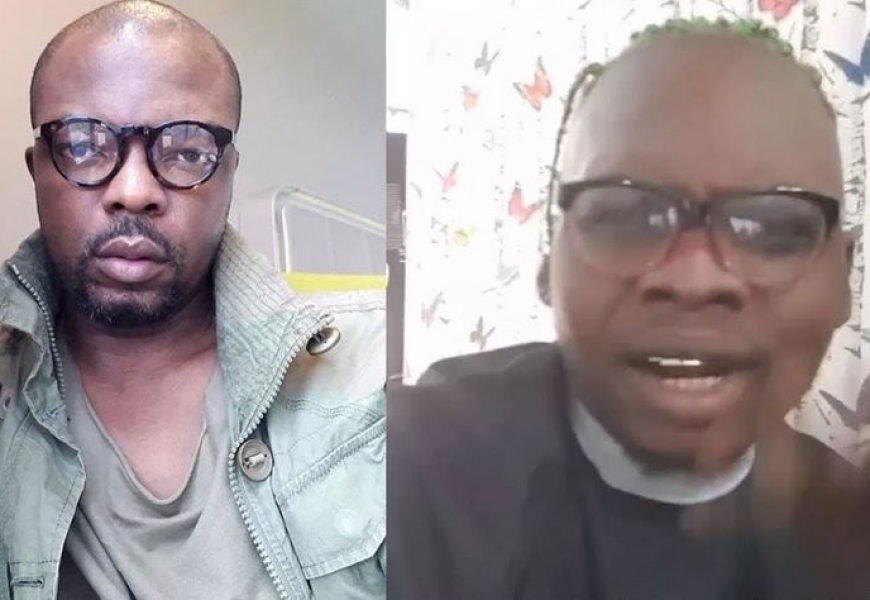 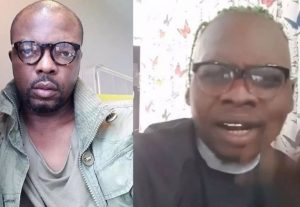 The beef between media personalities Kwaku Otchere Darko (KOD) and Emil Wood (Tornado) is not going away anytime soon. MyNewsGh.com recaps the major highlights of the public ‘wrestling’ between the two.

The Genesis of the fight is when KOD reacted to a statement made by Tornado during an interview which didnt go down well with Tornado whose name had gone down until the incident.

Tornado said that “Antoa”, a local deity has more power than the name of Jesus Christ. KOD found it unthinkably stupid that someone can make that statement.

Sharing the interview on his social media page, KOD wrote: “This fool will never have an opportunity to even have a chat with me. The way we give credence to somethings/people. Who’s this one too?”.

But Tornado went berserk over the reply and recorded his own counterattack:

“Who even said I want to chat with you? Even if I meet you what sensible thing can you say to me? First of all, you live in the family house of your wife. She married you and not the reverse. Your wife used her money to marry you and brought you into her family home. That house you always take posing images and flaunting on social media is not your house but for your wife. Everyone knows she is a seamstress.”

“KOD is an open secret you are not a tailor because you do not sow but you make it appear you are a fashion designer. She sows and you make it appear they are your designs you claim it is your clothing line. All of us know her products feed that your clothing line. You can never give me a good advice because you have nothing to show for”, he fired at him.

Tornado said he would have been bothered if persons like Chief Executive Officer (CEO) of the EIB Network, Bola Ray had made such comments because he has proven to be successful but not someone like KOD who had not carved a niche for himself.

“He has nothing to show for as a person and I will not need such a person to advise me”, he disclosed.