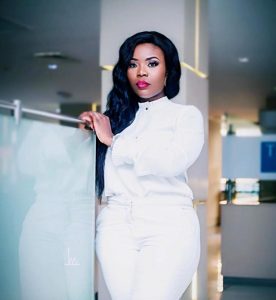 Popular Ghanaian on-air-personality, Deloris Frimpong Manso aka Delay, who is not known to be someone who often talks on what she has, has opened up on some of her assets.
According to her, she bought two houses in Accra in 2017, all from her successful ‘Delay Mackerel’ business.
Delay made the revelation while addressing patrons of the 2018 International Youth Empowerment Summit (iYES) conference on Wednesday night at the National Theatre.
Sharing her story, Delay is reported by Zionfelix to have disclosed that when she started the mackerel business, she did not expect such a huge patronage for the product.
Initially, she explained, she used to store the goods in a two-bedroom apartment she had rented at East Legon when she started manufacturing the product.
She was living in the same apartment with the products. When the business started booming, she had to store some of the products in her bedroom and kitchen because she did not have money to build or rent a new space storage facility. 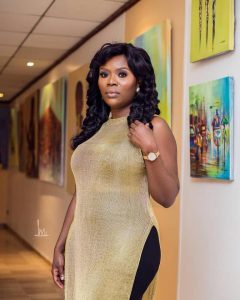 But through hard work, Delay continued, she has been able to earn enough to buy the house she rented to store the goods in 2017.
Apart from buying the building located at East Legon last year, Delay added that she also purchased another house the same year making it two houses in 2017 alone.
She, however, did not disclose her other assets.
It was earlier reported that Delay at the event recounted an incident which ended her at a mechanic shop.
According to her, she was staying with her auntie at Tema but was thrown out of the house because they had a misunderstanding.
“Around 2003, I was staying with my auntie in Tema and I had a little argument with her and her husband thought I was a bit difficult to control so they threw me out of the house. I was 21. I had nowhere to go. I ended staying with some friends at a mechanic shop in Tema Community 2,” she said.

Born Deloris Frimpong Manso, Delay has risen been in the entertainment industry for over 10 years.
Having started as a radio presenter with Life FM, Nkosuo FM, and Top FM, Delay became a household name at Oman FM.
She is also the Executive Producer for the Afia Schwarzenegger, Cocoa Brown, and Delay Show on TV.
The popular presenter has also ventured into other business-like manufacturing and boutique business.