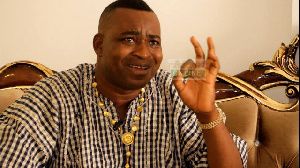 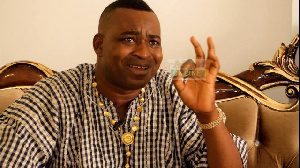 The Ashanti Regional Chairman of the ruling New Patriotic Party (NPP), Mr. Bernard Antwi-Boasiako affectionately called Chairman Wontumi has reacted to news about financial misappropriation making rounds about NPP’s Agenda 57 group which solidly campaigned for the party ahead of the 2016 elections.

A filmmaker called Ogyam recently accused veteran actor Agya Koo and actress Matilda Asare of swindling members of agenda 57 out of money they were given after the elections.

According to him, Agya Koo who was the founder of the group left the Agenda 57 after he was given a colossal amount of money which had to be shared among members. He also accused Matilda Asare and others of mysteriously withdrawing money from accounts Chairman Wontumi secured for members of the group after the NPP won the previous election.
When Chairman Wontumi was contacted by Mike Two of Adom FM to confirm or refute the allegation leveled, he pleaded with Ogyam and anyone with misgivings to formally visit his office for redress.

In true leadership style, the much loved chairman promised to address the issue and calm all tempers.