Rapper Asumadu and Roger A Agana, managing editor of Ghana’s number one online news portal, News Ghana have encouraged themselves of the need to make creativity the hallmark of Ghana’s economic growth.

By the term economic growth, Rapper Asumadu revealed that the entertainment industry as well as the communication industry played a critical role since these sectors rack in a lot of income for both the government and individuals who find themselves in these sectors.

The conversation between these two personalities from two different backgrounds exposed the harm that industry players and stakeholders in the entertainment and communication especially media are doing to the country due to their failure to see creativity as the only tool to growth.

According to Asumadu, the time has come for stakeholders especially those in the entertainment and media circus to evolve as the world’s practices and ways of doing things is constantly changing thereby making it easy for any nation that is not creative enough sustain its vital sector to be chopped off what he called “the growth race”.

“I believe Ghana has great potentials especially when it’s comes to entertainments but the only worry is that the sector is failing to be creative in the way it’s churn out its services and products, and so you find out that even though there are great artists in the industry, creatively, they are lacking behind”.

On his part Managing Editor for News Ghana, Roger A. Agana noted that the same worries goes for the media industry as many media houses keep springing up like mushrooms, some of whom lack the required labor resource to handle the ever evolving way of handling the duties and responsibilities of media.

“Ghana’s media landscape keeps getting porous and institutions find it hard to make the rules work, as day in day out, new media houses are established especially with radio stations and online portals a trend that is making media men and women lose sight of their creative roles as shapers of the nation’s thinking and perception”.

Bringing their conversation to a funny ending, Rapper Asumadu verbally applied to be a blogger at News Ghana and Roger couldn’t deny him the employment as usual with a broad smile he said, “Yes sure! Why not?”

The ten rap records under his belt, Rapper Asumadu took the opportunity to assure his fans to expect something big from him as he will soon be releasing songs with dobble hotter than Fire.

The post Creativity Is A Tool For Economic Growth – Rapper Asumadu & Roger A Agana reveals appeared first on Expose Africa. 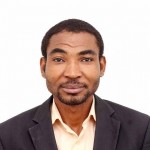 Getting Familiar with Roger A Agana of News Ghana
Next Article 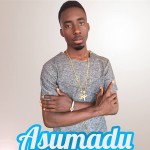 Creativity Is A Tool For Economic Growth – Rapper Asumadu Reveals