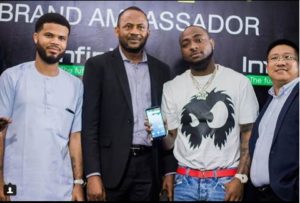 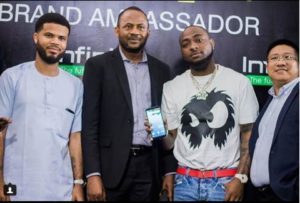 It appears to be a season of endorsements for Davido. The singer recently helped his girlfriend secure a multi-million Naira deal, and now he has signed a huge deal of his own with popular mobile phone brand, Infinix.

Some hours ago, Davido announced that he has finalized a multi-million Naira partnership and sponsorship deal between his girlfriend, Chioma and her new sponsor, Dunes Center, Abuja. Davido has now followed up that announcement with the announcement of his endorsement deal with Infinix Mobile.

The singer who is a brand ambassador to Pepsi, Axe and First Bank Nigeria, has added Infinix Mobile to his list of sponsors. He shared the news via an Instagram post which was captioned;