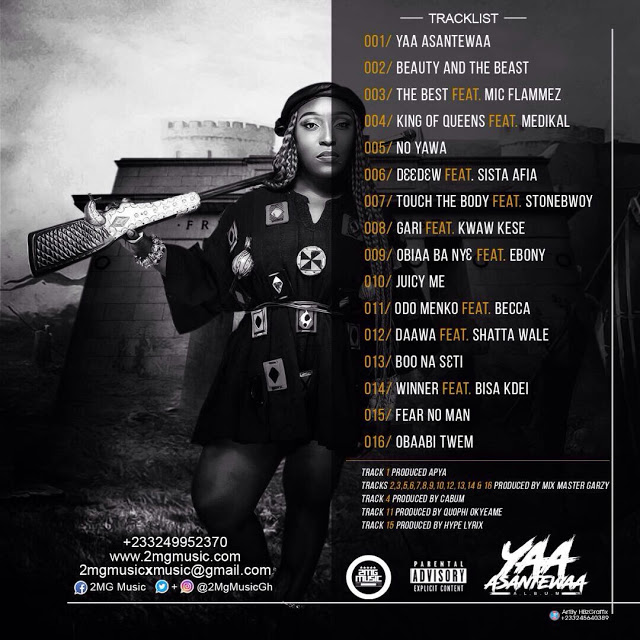 After a long silence and much speculation from the fans of the rap goddess, Eno Barony surprisingly pulled a big one on the music fanatics with her maiden album titled “Yaa Asantewaa”.

“Yaa Asantewaa Album” because she has reflected on the motives of the past heroine Yaa Asantewaa and has concluded her career journey is neither different from that of hers.

The 16 singles packed album is a fully fleshed and epic definition in a wrap what versatility means as the Queen has dished her fans with a variety of genres; Hip-hop, Afrobeats, Hiplife and Highlife respectively.

Eno Barony is undoubtedly one of the best female rapper’s  rocking shoulders with the male counterparts in the rap music circle and has worked her ass off to seal her spot with this exclusive masterpiece which features Togolese multi award-winning artist Mic Flammez, Ghana’s own Shatta Wale, Medikal, Stonebwoy, Ebony Reigns, Kwaw Kese, Becca, Bisa Kdei, and Sista Afia.