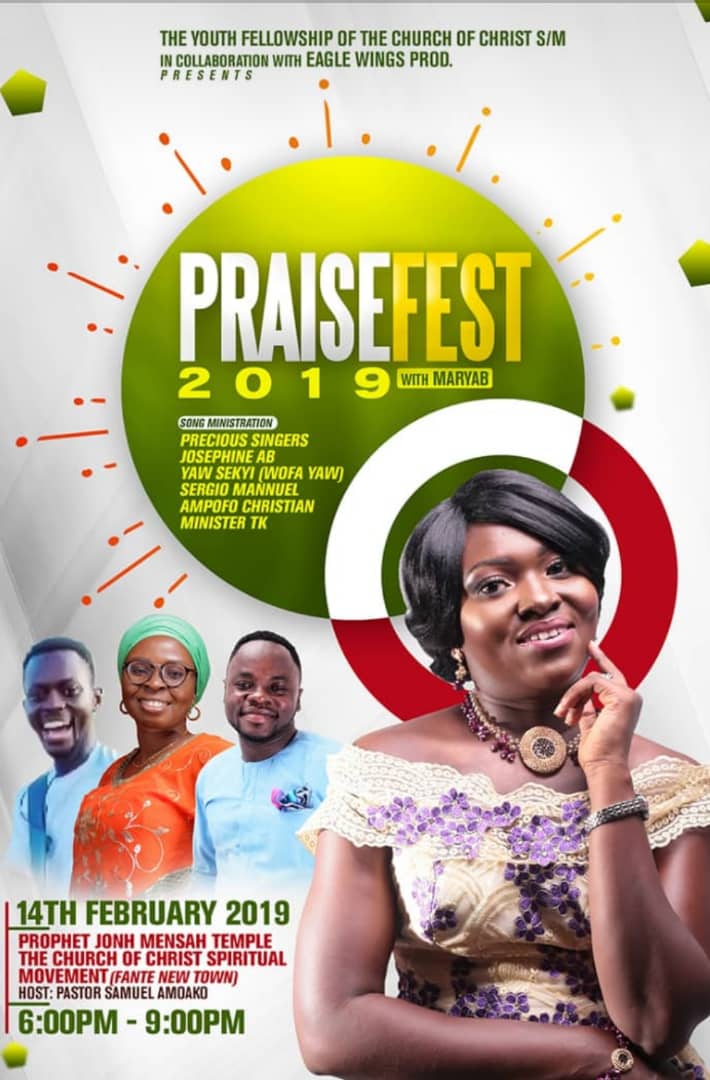 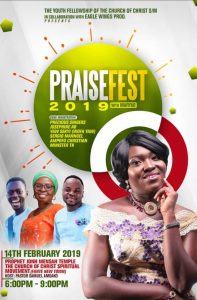 All was set last thursday @exactly 6:30pm when music lovers from all works of life filled the Church of Christ Spiritual Movement auditorium near kumasi polytechnic as the much awaited event saw a very large people (crowd). The event which was suppose to happened on the 14th of this month took off. Maryab was all looking bright so as her supporting artist on the night ready to trial funs who were at the event.. the event started at exactly 7:00pm with Min. Aqua starting the night with a mighty praise fitting the theme for the day, yes if God says yes no man says no, with technical hitches not even lights out could stop the show, the crowd was still movimg to min. Aqua’s ministration… Yes all was set once again for min. Ampofo christainto to cliamb the stage to minister, that set the whole auditorium ablaze, yes ablaze.. artist upon artist song after songs. Joesphine AB took the stage and as if planned announced her date to her album launch soo talented she performed her album track “Ye M’adom Nne” and also trialed her funs too. The event indeed saw a number of artist from up-coming to star’s like: Precious singers, Sergio Mannuel, Min. TK, Yaw Sekyi(wofa yaw) amoung others who got every body on their feet dancing.. The event was grace by great industry player from Presenters to bloggers, musicians to actors like: Ohema kente of Angle fm (pure worship fame), Big T of Hitznaija media, kessewaa and some actors too. The place was filled with the holy spirit through out the program. Finally it was time for Maryab to perform, with a standing ovation the crowd gave her a deserving introdution her to take over the stage, to the supprise of all the audience she announced to them all to help her wish her husband a very big happy birthday and it was a big supprise after which she put all on feet for hours singing from local songs old and new, foriegn songs, maryab really moved the pace by groving every where to the extend of funs not even wanting to stop dancing, the auditorium was passionately filled with joy and praise to the glory of the Lord……. 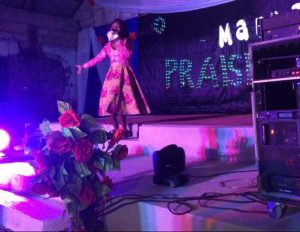 Maryab Praisefest was set to be closed at 9:00pm but the event which was joyfully pack closed at 10:15pm.. speeking to some of the funs they discribed the night as one to be remembered hope and wish it could be an annual thing and even a nation wide even….