Get Familiar With Black Lion

Home » News» Get Familiar With Black Lion » Share To.. 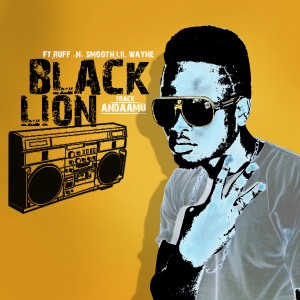 Ghana music industry is making it bigger in overseas and has Call forth another young talented artist by birth name Boateng Samuel, Better known by his stage name Black Lion. The 24 year old rapper is a native of Breman Esikuma, Cape Coast in the central region of Ghana. Black Lion started rapping at the age of seventeen who was discovered for his talent by his masters Ruff N Smooth whose music has nothing to be compared but the best.

Black Lion just released his first single song under his belt, which he featured the Mind Blowing singers Ruff n Smooth and the finest Ghanaian actor and Comedian Dj Liwin titled “Andamu” which is now becoming very popular in Ghana. Black Lion is loaded and he is ready to take Ghana rap to different level before he becomes an adult and also expressed hope that when their album is finally released it would be counted among the best in the music industry. Working with new manager, Ibrahim Tanko seems to be a year of success.