Getting Familiar with Roger A Agana of News Ghana 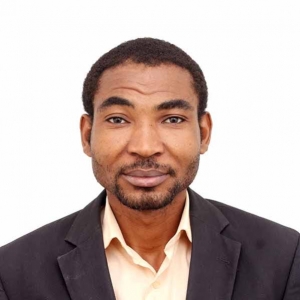 Home » News» Getting Familiar with Roger A Agana of News Ghana » Share To..

Roger A Agana better known in the journalism circus as Label, is a Journalist, Web Developer and SEO Expert who has over the years acquired both theoretical and practical experience in his field of endeavor, journalism.

The journey began with a simple act of faith and self-confidence. This is true as Roger was employed as a Technical Support Agent, a position he had little knowledge in at the defunct Supra Telecom, a US based Call Centre with its African office in Ghana.

His employers had no cause for worries as Roger quickly learnt the needed skills to see him succeed in his position as a TSA for a company that used to be one of the leading firm in telecommunication during a time of the emergence of telecommunication in Ghana.

The skill and knowledge acquired over the cause of his period with Supra Telecom and the zeal to explore his horizon pushed him to work harder, a motivation that propelled the company into the limelight as a leading telecommunication company with presence in Ghana and the United States of America.

Label, wanting to delve into deep waters developed the appetite to start an online business. With the support of his friend who shared in his dream, Modernghana.com, an online news portal was established in 2005 and later went on to become one of the most sort after news portals in Ghana and reference to many international readers.

Hard work indeed they say pays, and Label is a testimony of this saying as in the nearly seven years as the general manager and editor-in chief of Modernghana.com, the portal won a lot of awards and laurels in Ghana and was almost the ultimate choice on the minds of event organizers as media partners, a popularity that pushed Modernghana.com up as the second most visited website and the most referred to news portal in Ghana.

After keenly and diligently serving ModernGhana.com for seven years, Mr. Agana moved on to pursue other endeavors or better still tried other challenges as an IT personnel. This new challenge took him to a Technological Solutions, Trading and Business Consultancy Firm, Jogobu Limited where he served in the capacity of an Assistant Managing Director.

In all of these different experiences and exposure, Label still felt the edge to challenge himself more through the establishment and successful management of his company, an edge he couldn’t shove down but had to fulfill, hence the taking over of Spy Ghana in 2012 and later transforming it into another brand that robbed shoulders with the likes of Modernghana.com his former company and other portals like Myjoyonline.com and citifmonline.com

Spy Ghana became the most sort after online news and current affairs portal that provided credible, timely, accurate and unparalleled information in Ghana, Africa and the world, yet Mr. Agana felt there is more to be done in order to bring sanity to the online industry by way of conforming with international standards and best practices thus the need to rebrand Spy Ghana into a full fleshed business that did not just offer news, but more.

Finally in 2015, Spy Ghana was officially transformed and rebranded into full fleshed media and Public Relations Company registered with the registrar general’s department of commerce under the business name News Ghana, a subsidiary of M’Ideas Business Empire.

Despite its short stay in the online news business, News Ghana has grown to claim a place in the top three online news portals, providing advanced online services such as news and current affairs, Search Engine Optimization, Media Buying and consultancy, Product Review, PR Services, Media Hype, Webhosting and a host of others.

Roger .A. Agana, better still call him Label belongs to a family of journalists and IT experts. Such of these families include the Association for Computing Machinery, Institute of Financial and Economic Journalists (IFEJ), Internet Society of Ghana (ISOC) and Penplusbytes (International Institute for ICT Journalism)

Label is currently the founder M’Ideas Limited and the Managing editor ofNewsghana.com.gh a subsidiary of M’Ideas Limited, so whenever you meet Roger .A. Agana, just say Label and he will reply with a smile.

The post Getting Familiar with Roger A Agana of News Ghana appeared first on Expose Africa.