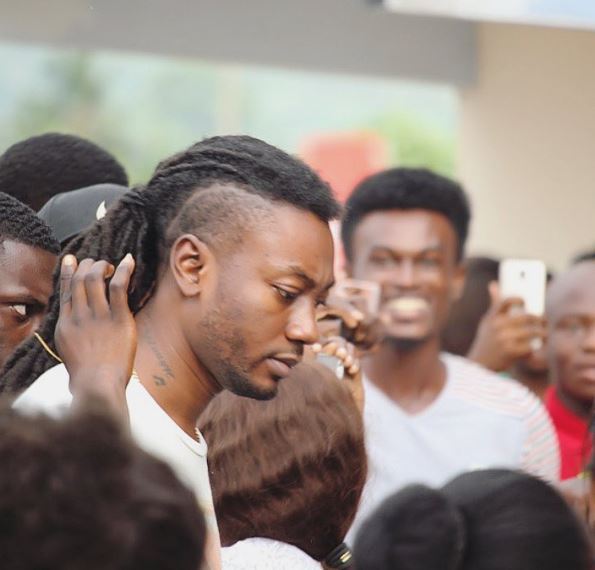 Home » News» I Am Not Bothered By Ghanaians Mocking Me for Not Winning At VGMAs – Pappy Kojo » Share To..

Please don’t lose hope yet…Mr. and Miss SHS go come…am sure you will carry all the awards there wai

Wait oo..Pappy Kojo didn’t get an award? Oh yeah, his fans are in shs, by now it’s light out and senior Kwame has seized their fones

The above are few but the trolls Pappy Kojo, the awoa hitmaker was subjected to following his zero VGMAs award win this year.

Many have argued that Pappy Kojo isn’t a good rapper and that they can hardly hear what he’s even saying in his songs so many were happy when he didn’t receive any nod at this years’ VGMAs.

On Pluzz Fm, when he was asked by the host Sammy Flex whether he was affected by the trolls in a way, he said no, he wasn’t because he also used to do that to other artistes when he was young.

He said, “No, I wasn’t surprised by the trolls nor affected by them. I mean trolling is normal. I also used to do that when I was young and didn’t start my career as a musician.”

He continued, “Some of the tweets were actually funny. I started seeing some of them even at the auditorium that night. At a point, I was even laughing at some of them. But hey, it’s normal. I wasn’t the first person to be trolled. It’s normal.”

Pappy Kojo is one of the performing artistes at this year’s Ghana Meets Naija Concert slated for May, 21.

The post I Am Not Bothered By Ghanaians Mocking Me for Not Winning At VGMAs – Pappy Kojo appeared first on DisturbingGH.

The post I Am Not Bothered By Ghanaians Mocking Me for Not Winning At VGMAs – Pappy Kojo appeared first on Expose Africa.