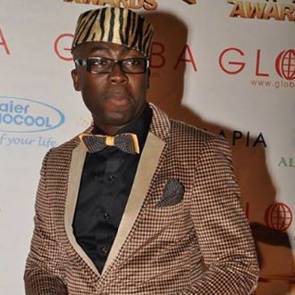 Whilst Ghanaian rapper, Darlington Kwasi Agyekum aka D.cryme is not willing to join hiplife group, Praye, renowned Ghanaian DJ and musician, Andy Dosty has expressed his interest to be the third member.

The musician known for hit songs like “Sore Nadi Asa”, “Desire” and many others made his wish to become a member of the group known on Monday morning in a chat with KMJ The African Baby during an interview on Hitz FM.

“I will join the group if only they give me the permission. I think my little contribution to the entertainment industry for the past years will help resurrect the group when I join them “

Andy said he has started talks with Cartel Big J about his interest to be the “Honeho” of the group since Eugene is not willing to unite with his former group members. According to him, he has tried on several occasions to bring the three members together but his effort has not yielded any positive result.

The radio and TV presenter added that he cannot allow the talent in the other two group members go waste hence his interest to be the third member.

“They’ve churned out great songs, they’re bunch of great songwriters, young guys with energy and they also have focus. It saddens my heart the group is gradually collapsing. I think if they get someone who will push them with the brand, it will really go forward. They will soar higher and higher”

Commenting on Reggie Rockstone’s suggestion that D.cryme will be a good artiste to replace Choirmaster in the Praye group, Andy Dosty opined that “D.cryme is a fantastic artiste, I like him and I think that his contribution will really help but what are Reggie Rockstone’s bases for saying that? Maybe he thinks D.cryme prowess as a rapper and singer will help resurrect the group and maybe my name did not come in mind when he was asked that particular question but now that I’ve made my interest known, I think he will think about it”.