I Want To Rule Long Like J.J Rawlings – Shatta Wale 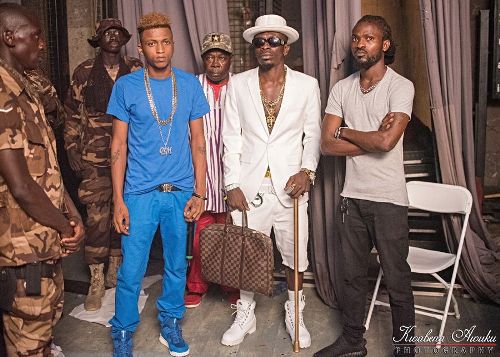 “Everything in this world will pass away except the word of God so I believe everybody will go somewhere some day and for me staying relevant as a dancehall artiste, I want to rule like J J Rawlings 22 years,” Shatta Wale reveals on Vibes In 5.

According to the self-acclaimed dancehall king, he wants to rule the Ghana music industry like Ex-President Jerry John Rawlings, and interestingly discloses that his worst fear was the police grabbing him after destroying Charter House’s chairs.

He revealed that he intends to build a church and a mosque as part of his social responsibility to the public.

When asked if he will obey the voice of God to quit music, the award winning artist disclosed that “If God ask me to quit music, yes I will because he gave me that talent,” Shatta said.

On what he loves about his fans, he said he loves how they are matured and don’t allow people to take decisions for them.

As to what he hates, he said; “Sometimes when they call me at dawn”, adding that some claim they’re his fans and could call him anytime, but added that it makes him feel great and blessed.