I Was Wasting My Time In School – Delay 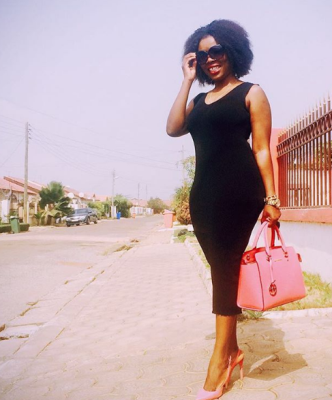 Ghana’s most controversial TV and radio presenter, Deloris Frimpong-Manso simply known as Delay has disclosed that talks that she dropped out of school is true and that she decided to quit school because school was just not her thing.

According to her, she was in level 400 but she still decided to quit school.

Over the weekend, she played guest to Andy Dosty on her own Delay show and when Andy Dosty asked her whether talks that she dropped out of school is true, she said

“Yes, I dropped out of school. It was left with only 2 months to complete school. I was in Methodist University level 400 but I felt school was not my thing and that I was just wasting my time. I think mine is doing business.”

When Andy Dosty then quizzed her as to why she wasted all that money and even stayed from level 100- 400 before quitting, she said,

Delay however is daring anyone who feels what she’s saying is false can please contact the authorities at Methodist University to ascertain the truth for themselves.

The post I Was Wasting My Time In School – Delay appeared first on DisturbingGH.

The post I Was Wasting My Time In School – Delay appeared first on Expose Africa.