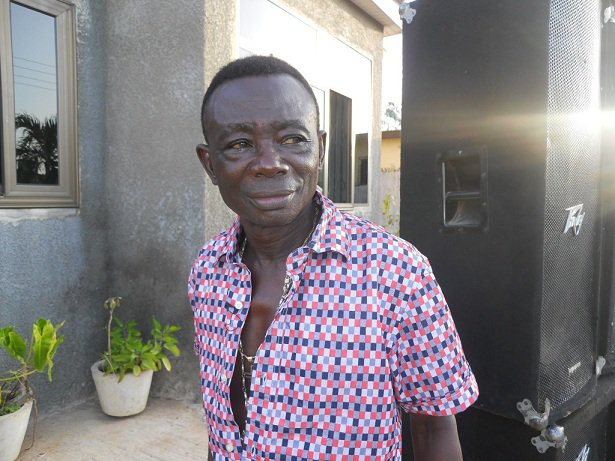 Veteran hi-life musician, Obouba J. A. Adofo, has disclosed that rains have never truncated any of his shows since he began his career decades ago.

According to him, God has given him the power to stop the rains whenever he has a show to perform.

“Rain has not destroyed my show before because God has given me gift of power – so whenever there is a sign (that it is about to rain) I just pray to God to delay the rains so I can finish my show”, he revealed to Mike ‘2’ on the Adom Entertainment Hall show last Saturday.

The ‘Black Chinese’ as he is popularly called added he does not use any charm, but the rain stops immediately he prays to God to delay it to enable him achieve his target.

The ‘Ankwanobi’ hitmaker said, he always thanks God for the gift which has helped him over the years.

Meanwhile, Obuoba J A Adofo has expressed worry at the lack of support from radio presenters and DJs to promote his latest albums.

“Every year I release an album, but people don’t hear of it because presenters don’t play because I don’t have money to pay them, so I normally sell them at my shows”, he bemoaned.

JA Adofo also revealed that his major source of income now is the weekly funeral shows he plays with his band.