Home » News» I’m Waiting For Promzy To Kill Me – @ReggieRockstone » Share To.. 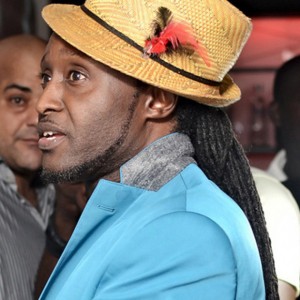 Reggie Rockstone has reluctantly reacted to former VIP member Promzy, after he threatened him with a gun on social media. Speaking on Happy FM’s “Showbiz Xtra” on Saturday Reggie said there are a lot more serious issues to attend to than to waste his time an empty threats by someone he considers his junior brother.

Reggie who was speaking from Takoradi where he was supporting the national sanitation day with the Ministry of Local Government said people are dying because of filth and he believes that is more pressing than using his energy on less important things. When the host pushed him to say something Reggie said Promzy is his brother but if he wants to kill him as it has been reported, he is ever ready for that. “People have died in the rains and so I would not like to comment on Promzy’s issue.

Promzy is my junior brother, but if he says he wants to shoot me down then I’m waiting for him to kill me.” It appears Promzy has still not come to terms with the fact that he left the group VIP and Reggie Rockstone decided to fill his space and rebrand the group to become VVIP. The Nima based Rapper was in the news last week for threatening Reggie Rockstone with several messages on social media accompanied with pictures of him with a gun.