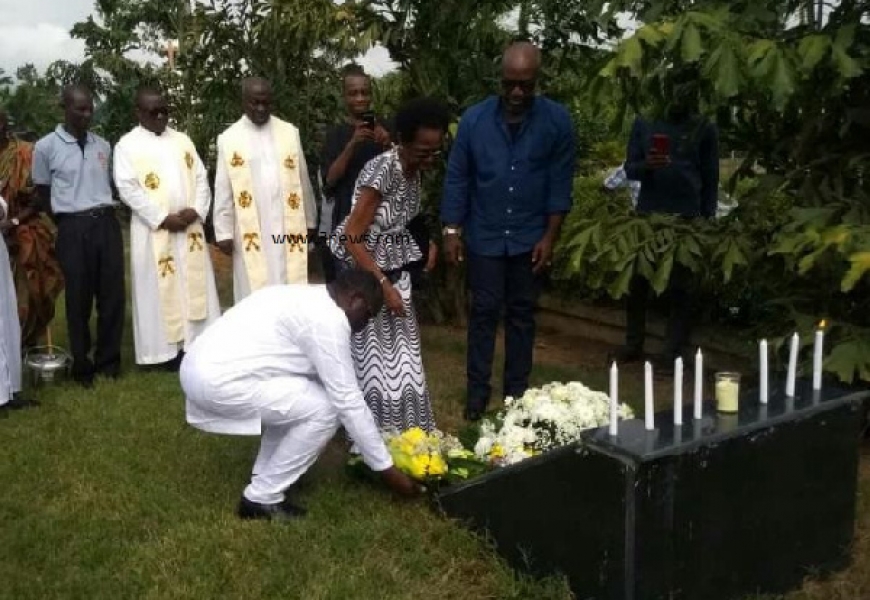 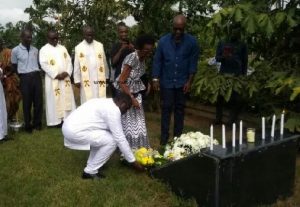 The family of the late Abuakwa North Member of Parliament demands justice for the death of their son.

Family Spokesperson George Amoah, at a remembrance ceremony at Akyem Old Tafo called on the president, Nana Addo Dankwa Akufo-Addo, to take a personal interest in the matter to unravel the truth surrounding the death and bring justice to them.

It was a solemn morning at the private burial place of the late MP, Joseph Kofi Kyeretwie Boakye Danquah-Adu at Old Tafo in the Abuakwa North municipality of the Eastern Region.

The brief and solemn ceremony was led by Monsignor Alex Bobby Benson of the Catholic Diocese of Koforidua.

It’s been three years on after the death of the legislator.

The late MP’s siblings, family and well-wishers were present.

They lit up candles and laid wreaths in remembrance of their deceased relative.

The Spokesperson, George Amoah, invoked God to deal with perpetrators of the alleged murder of their beloved son.

“Today is three years someone took his life. Till today, the culprit and those who connived in the act, we haven’t seen them. But JB, have comfort, because if you are in God, you are the winner. Whoever did that, it shall be made open for all to see.”

He became very emotional at this point “sin cannot cloud the light, darkness cannot shine when there is light. Wherever you are, sleep well. As the good book said, it is appointed unto man to die and after that there would be judgement.”

“We are waiting for judgement day, and all those who connived to take your life will be found and God will deal with them.”

Mr Amoah wants the President, Nana Akufo-Addo to help speed up processes of the case and unravel the truth surrounding the death of their son.

“Today should have been a day that, though we are mourning, we should be mourning peacefully. But that is not to be, till today we are still digging out to find who killed JB. It is worrying. I am pleading with government to help us unravel the mystery surrounding JB’s death.”