John Dumelo will forever be my baby boo – @yvonnenelsongh 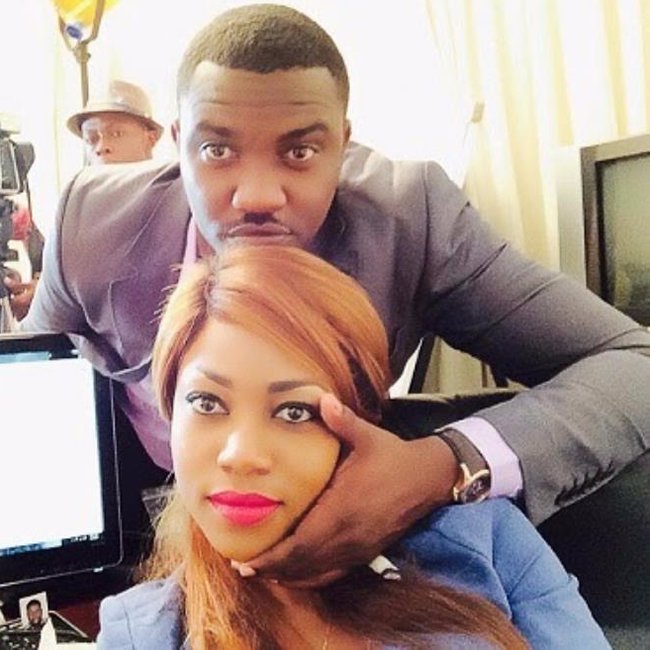 Home » News» John Dumelo will forever be my baby boo – @yvonnenelsongh » Share To.. 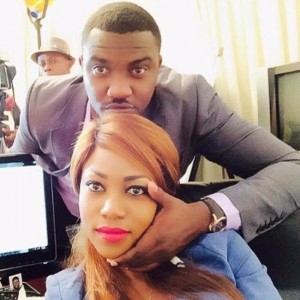 Ghanaian actress Yvonne Nelson is professing her undying ‘love’ for actor John Dumelo barely a week after the two had a nasty rift on twitter.
The two, who were hitherto, very close, had a strained relationship due to their divergent views on the #dumsormuststop campaign.
John Dumelo last Friday took to twitter and reacted fiercely to an earlier tweet by Yvonne Nelson which suggested that he was an a**kisser.
The actor sent out ferocious tweets saying he was disappointed and hurt by a trusted friend’s insult in the full glare of the general public. Yvonne did not hesitate to respond in equal measure.
After what many had ruled as a disappointing end to a beautiful relationship – one many had wished would be more than just mere friendship – Yvonne appears to be trying to patch the wounds.

While hosting a show on YFM Monday, the actress downplayed the altercation.
“I’m sure everyone knows John will forever be my baby boo, love, friend, best friend… charley I can go on and on. Chaley I love John oh, we were not fighting, it was just some little child’s play on social media. So, me and John we are good, don’t get worried and don’t get scared. He is an amazing guy, I don’t think he is in Ghana now. When he comes I know he is going to say all the nice things about me. Me and John we are homies, we are Fantes,” she said.

Yvonne Nelson, who recently led some celebrities and thousands of Ghanaians to hold a vigil in protest against the power crisis, popularly known as ‘Dumsor’, said she believed the event was the cause of their rift.
“It’s just the campaign or whatever that started this but…I think the ass kissing tweet wasn’t too bad for him to react that way because I normally tell him he feels like a hundred donkeys and hundred chickens and he is cool. We play like that and we have that relationship. It’s all political. I was surprised when I saw it and I was wondering, is John dreaming?
“I’m thinking there is so many girls around John telling him to do stuff because they are thinking we have a thing going on but come on John is my friend. But I know girls are happy this happened but we are homies. His girls are happy….I still have John’s pictures up on my instagram but people are in a hurry to judge because the thing about it is that I delete my Instagram pictures from time to time. That’s why I post a lot but I have few pictures on my timeline now,” the actress added.