Report indicates that the ace comedian who died Sunday dawn after collapsing on stage at Koforidua died out of over dose of alcohol.

According to reports, Okalla who did not seem fit took a mixture of joy daddy bitters to enable him perform for a longer period.

He however could not perform as expected and had to move out of stage after just 2 minutes of performance.

Report is that doctors at the Koforidua Central hospital where he was sent to upon examination detected Okalla was intoxicated with alcohol.

Meanwhile, Solomon Nuwode the Public Relations Officer of joy industries limited could not confirm or deny the story, but was quick to state that the comedian  was not billed to perform at the function, but was allowed to do so due to the relationship that existed between the company and Okalla.

Bishop Okalla was one of those comedians who graced the 59th independence  day celebration just a week ago with some performances by way of marching.

Watch a short video of his last performance at the event 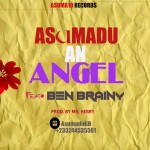