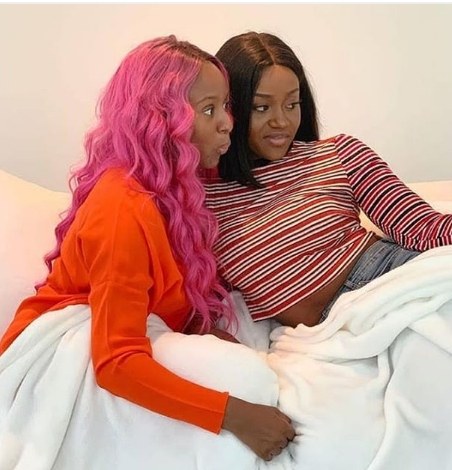 Home » News» Kemi Olunloyo alleges Chioma to be a lesbian after Chioma was seen in bed with DJ Cuppy » Share To.. 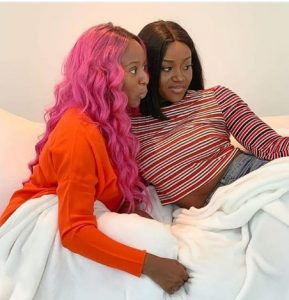 Controversial Nigerian journalist, Kemi Olunloyo has done it again, as she pointed to Davido’s girlfriend, Chioma as a lesbian after Chioma was seen in bed with DJ Cuppy. This was after Cuppy shared a pic of her and Chioma online.

Actually, judging from the way the two girls were seen positioned in bed, it would not be out of place to suspect them to be lesbians if not that both DJ Cuppy and Chioma are known not to be such girls. However, Kemi Olunloyo thinks the two girls have done well in keeping people in the dark as regards their indulgence in shameful acts of lesbianism.

As seen in the picture, the two girls sat quite close to each other as they smiled for the camera (selfie). Inasmuch as Chioma and DJ Cuppy had not done anything which suggested the possibility of them being lesbians, this recent picture has gotten fans agreeing with Kemi Olunloyo on her assertion, as 90% of fans think Kemi Olunloyo is right this time.