‘My hair is not Brazilian: It’s more spiritual’ 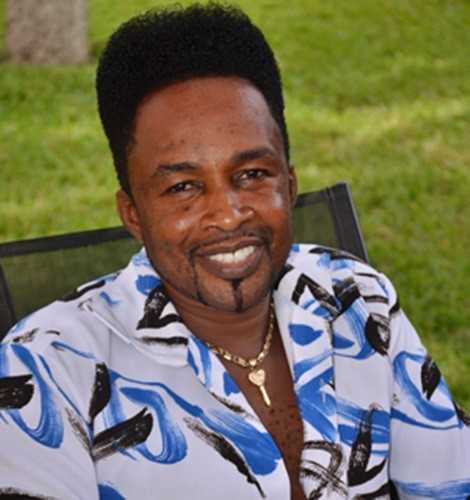 Home » News•Videos» ‘My hair is not Brazilian: It’s more spiritual’ » Share To..

His knack for churning out unusual lyrics is arguably unmatched when it comes to gospel music in the country. Over the years, Nicholas Omane Acheampong has endeared the hearts of Ghanaians with his catchy lyrical prowess in his music.

Popularly known as Tabitha Kum, his uniqueness is not limited to his music but also, his identity both on and off stage, thanks to that long afro-like hairstyle; something that could be said to be his trademark.

But there is more to his hairstyle, which now appears curly than meets the eye. He told TV3 Wednesday that his hair is not ordinary and that it stood for something spiritual but did not say exactly what it is.

“To tell the truth, my hair stands for something. I can’t tell you all, but it’s not just hair. It’s something more spiritual so even when I explain it you can’t get it,” he revealed.

Asked whether his hair is similar to Sampson’s, he replied: “errrrrr… maybe similar but mine is not Rasta like Sampson, but it’s not just hair. When dealing with physical matters, spiritual matters do not explain.

When we come into the spiritual side, I will then explain it for you to get it. You don’t know what your hair stands for, and that is why you always cut it off but mine, I know what it is,” he added.

Taking his turn the segment Uncovered, Mr. Omane Acheampong said his hair is not something he would easily allow people to touch, saying, “no, no, you don’t touch it. Why do you touch it?

He denied claims that his stay in Germany influenced his hairstyle. “I took my hairstyle to Germany… I don’t have a name for it; it’s my hair.”

But why has his hair become curly, is it natural or some synthetic hair? This is what he has to say on that: “It is still original… It’s my hair, its not a Brazilian…. it is not synthetic hair, its not an artificial hair. It’s my natural hair. The jelly, everything you see is natural.”

Watch Nicholas as he reveals the secret of his hair: