Omar Sterling Is The President of Starboy Worldwide – Wizkid 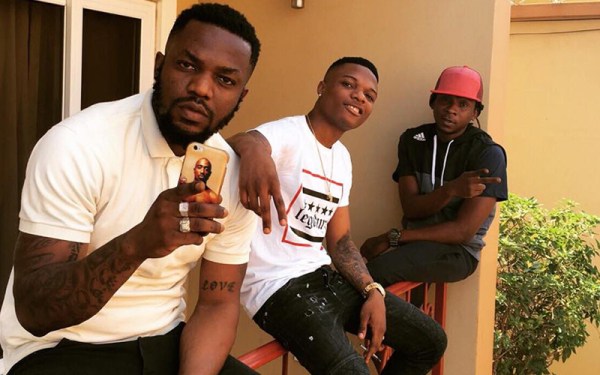 Home » News» Omar Sterling Is The President of Starboy Worldwide – Wizkid » Share To..

The ‘Ojuelegba’ hitmaker confirmed it in a tweet on Sunday dawn 8th May, 2016 few hours  after breaking the news  of Signing three Ghanaian top acts Efya, R2bees and Ghana based –  Nigerian artiste Mr Eazi:

His announcement on the night at the 2016 Vodafone Ghana Music Awards came to many Ghanaians as a shock and has still been a hot topic for discussion on many social media platforms.

Even though the agreement between Starboy Worldwide  and these newly signed is not yet  public he has  confirmed the release date for Mr Eazi’s ‘Skin Tight’ remix which features him and JustineSkye.

On the contrary, it is not clear whether ‘Starboy  Worldwide’ is different from Wizkid’s ‘Star Boy’  which already has UK based Maleek Berry and Lagos iconic duo of Legendury Beats  on it.

The post Omar Sterling Is The President of Starboy Worldwide – Wizkid appeared first on DisturbingGH.

The post Omar Sterling Is The President of Starboy Worldwide – Wizkid appeared first on Expose Africa.