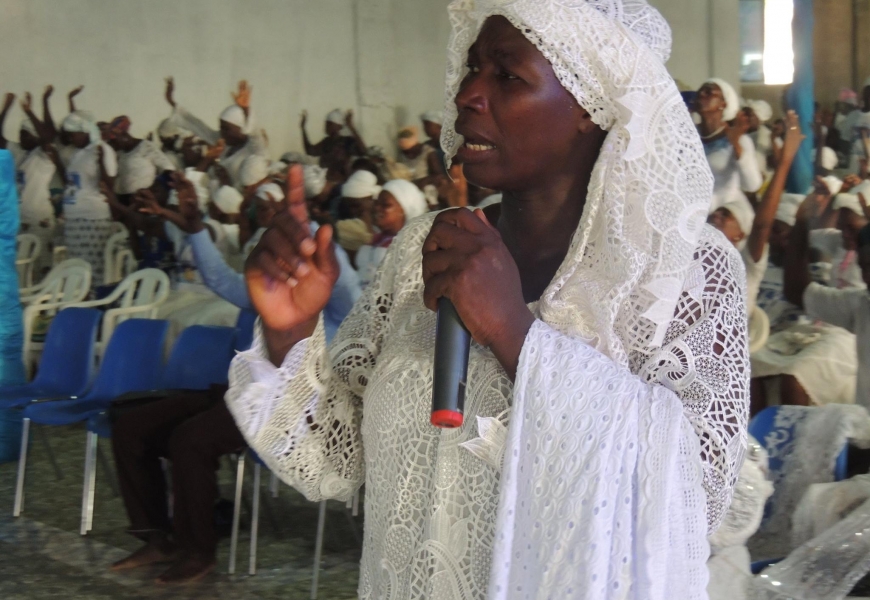 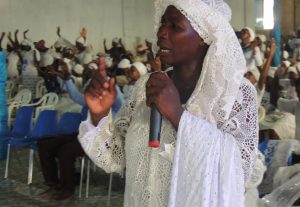 A one minute video leaked to Ghanacreativearts.com suggests that Police officers numbering about four together with a businessman whose name has been given as Mr Bright and the main ‘sponsor’ behind renowned musician Evangelist Cecilia Marfo stormed her church in relation to duping allegations leveled against her by the said businessman.

The relationship between the businessman and the spirited singer is said to have gone sour resulting in the former asking Evangelist Cecilia Maafo to submit all his properties in her possession back to him.
According to close sources, Cecelia Marfo after months of several calls and attempts by Mr Bright has refused to return the properties which caused him to storm the church with Police officers on Tuesday, 26th February, 2019.

In the said video circulating online, Cecilia Marfo’s husband was captured telling the policemen to take the issue to court instead of attempting to use force to take the properties.
A close source to the businessman revealed to us that the main fight between Cecilia Marfo and Mr bright is more spiritual than physical.

The source added that the businessman has enough evidence to prove that Evangelist Cecilia Marfo is not a real “woman of God” so he has decided to part ways with her.