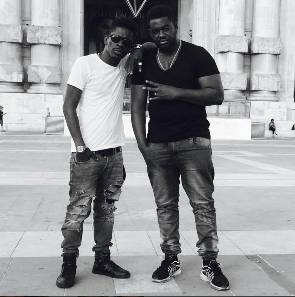 he Criminal Investigation Department (CID) of the Ghana Police Service is yet to mount investigations into the resurrected alleged murder of the manager of hiplife musician Kwaw Kese, Fennec Okyere.

A revelation that took the entertainment industry of Ghana by surprised when Shatta Wale revealed that his former manager Bulldog admitted to him some time ago that he (Bulldog) had killed a certain guy.

Lots of fingers are pointing to the late Fennec Okyere as the certain guy that Bulldog killed.

ASP Joseph Benefoh Darkwa, the Public Relations Officer of the Police CID In an interview with livefmghana.com, made it known that the police are yet to mount investigations into the allegations.

“what I can say is that, we will go for the tape and listen to whatever was said in there carefully before we take any action and so until then nothing can be said. But as soon as we start something, we will duly let the citizenry of Ghana know,” he said.

As to what the disturbed public should do in times like this, DSP assured them that the police was in control and urged them to keep their cool and keep their fingers crossed.