President Mahama should not have endorsed only John Dumelo – @yvonnenelsongh

Home » News» President Mahama should not have endorsed only John Dumelo – @yvonnenelsongh » Share To.. 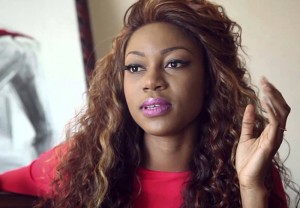 Actress Yvonne Nelson has described President John Mahama’s endorsement of fellow actor John Dumelo is discriminatory. She said although it is good that the President acknowledges the movie industry’s contribution to the development of the country, she doesn’t appreciate that the president singled out John as his favourite actor. Speaking on the ‘Let’s talk entertainment’ show, Yvonne said, “John Dumelo supports him publicly so I mean it is cool.

Yvonne and John’s relationship turned sour after she called him a “kiss ass” because he asked that the president be given more time to deal with the ongoing power crisis when the former and her friends planned to embark on a ‘dumsor’ vigil in May. John Dumelo took to twitter and reacted fiercely to an earlier tweet by Yvonne Nelson. Since then, things have not been the same between the two friends.

Yvonne called on President Mahama to recognize the efforts others are making to sell the country and not endorse only John Dumelo. “He should mention names like Sarkodie, Jackie Appiah, Myself, Majid Michel, John Dumelo. These are people putting Ghana on the map. We need that kind of encouragement from our leaders”. The “If Tomorrow Never Comes” actress hailed Sarkodie for his recent history-making concert at the Apollo theatre.