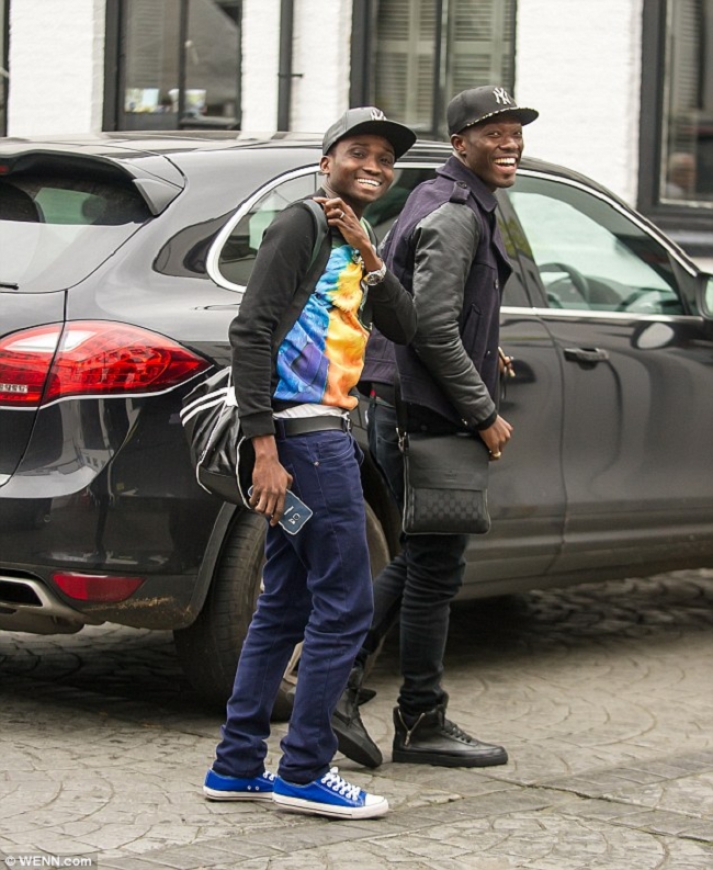 They’ve brought the X Factor to life with their up-tempo performances. And Ghanaian duo, Reggie & Bollie are clearly relishing their time in the competition as the pair flashed brilliant wide smiles on their way to rehearsals in North London on Tuesday.

Bollie, 29, wore a striking jumper with a colourful parrot emblazoned on the front. His low-slung blue jeans were in keeping with his urban style and complemented his bright blue Converse.

The performer completed his look with a thick silver chain and a black New York Yankees baseball cap.

His pal Reggie, 31, appeared equally as happy, looking at ease as he strolled to the practice studio.

Cutting a cool figure, Reggie rocked a smart take on a varsity jacket, which he wore over a black and white t-shirt with a bold slogan across the front. He upped his bandmate in the jewellery stakes, opting for two gold chains.

The musician clutched his phone and a pair of over the ear headphones, which he had possibly been listening to this week’s track on.

The Ghanaian duo have proved to be fan favourites with both viewers and the judges alike: so far their blistering performances of Shaggy’s It Wasn’t Me and One Direction’s What Makes You Beautiful have had the audience up on their feet dancing.

Originally performing under the name Menn on Point, the pair have been firm favourites since their first lively audition at Wembley Arena.