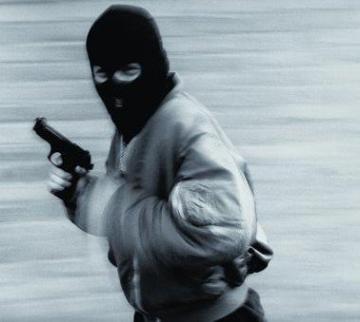 Some suspected armed robbers numbering about twenty-five on Friday night stormed Ekerin, Araunsan, Fatokun and Bako communities in Omi-Adio area of Ibadan, the Oyo state and raided about twenty houses where they carted away property, including phones, laptops, jewelries and cash.

DAILY POST learnt that some residents of the communities were also injured during the raid.

It was however gathered that some members of Oodua People’s Congress (OPC) led by its Ido Local Government Area chairman, Mr. Muritala Ifawale repelled the gang from carting away money contributed by landlords in Ekerin community for the purchase of a new electricity transformer.

A source informed DAILY POST that the robbers, on getting to Ekerin community, invaded the residence of one of the executive members of the landlords’ association and demanded the money contributed for the purchase of the transformer.

It was gathered that the robbers threatened to kill him and his family members after he told them the money contributed for the transformer was not with him.

Our correspondent learnt that the arrival of OPC members salvaged the situation, as the hoodlums quickly jumped out of his house upon hearing the sound of gunshots.

It was gathered that the OPC members also prevented the armed robbers from raiding more houses in the areas.

Sources in the areas informed our correspondent that there was an exchange of gunshots between the robbers and OPC members for about one hour, but the hoodlum reportedly took to their heels after exhausting their bullets.

However, victims of the robbery attacks, who reported the incident at the Omi-Adio Police station, blamed the invasion of the armed robbers on activities of churches in the communities.

Some of the victims, who spoke with journalists on the condition of anonymity, said the noise from churches having night vigil programmes prevented other residents from getting to hear their shouts for help.

One of them, who identified himself as Baba Deola, said the shouts of “Amen” and “Alleluyah” that rented the aired from churches in the area prevented neighbors from hearing their distressed calls.

However, efforts made by DAILY POST to get across to the Police spokesman in the state, Adekunle Ajisebutu, to speak on the matter proved abortive as at the time of filling this report on Saturday.