Rev. Obofour to sponsor Danso Abiam’s new single he is featured on

Home » News» Rev. Obofour to sponsor Danso Abiam’s new single he is featured on » Share To.. 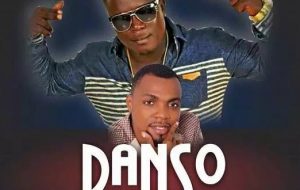 Prophet Asanteman Bofour, better known as Reverend Obofour, General Overseer of Anointed Palace Chapel is a Kumasi based pastor in the Ashanti Region of Ghana.

The leader of the church has been in the news in recent times for various reasons and the name brings its own controversy attached to it.

Danso Abiam has released a new single titled “No Size” featuring Rev. Obofour and the content of the song showers praise on the leader of the Christian faith.

The singer added that the pastor is a blessing to the Ghanaian community and he shouldn’t listen to his detractors but rather focus on his good words as he is doing God’s work.

Our sources have received information that the Reverend has heard the song and has fallen in love with the song to the extent that he is ready to pay whatever it will cost for a music video to be shot as well. Now the curious question we are asking is, will he feature in the music video as the song has been captioned that he featured on it.

Danso Abiam is a highlife pioneer in the Music business. He has released a lot of singles in the past. Some of them include Ghanaian Ladies which was a smash hit featuring Sarkodie, Farmer featuring Keche, One and Only featuring Stay Jay.

We contacted Danso Abiam for a response and he expressed his delight about what his song had been able to achieve.

“I will definitely do my possible best to have the Rev. play a role in this video.”, he said. Another controversy incoming, we wait to see the end result. Get the song if you don’t have it already.