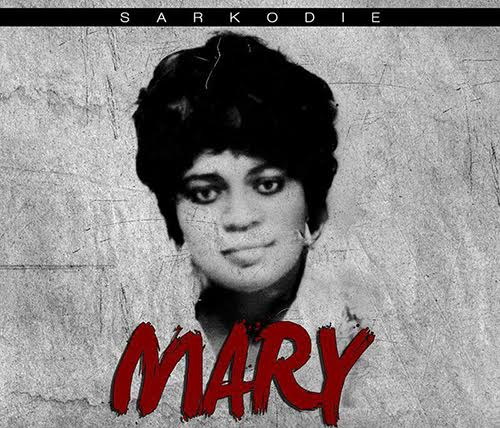 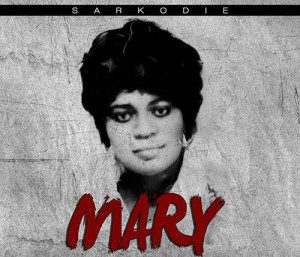 Without exception, there comes a time, a certain genius erupts during a period the entire body of individuals born and living at about the same time exists.
For the fans of a certain Sarkodie, genius is a term often used too loosely. To them he is the only Star in the galaxy gifted with true musical prowess.
‘’Sarkodie has certainly cemented such a ‘godlike’ status quo by meeting almost every standard (musically), and as that not being enough he has gone on to raise the par.’’
With his latest album, ‘’Mary’’ (an instant classic, whether you are 40 or 16) he is artlessly changing the game.
For the first time ever a rapper (Sarkodie), records a whole album ‘live’, fusing live instrumentals with rap lyrics accompanied by Akwaboah’s soothing song writing skills.
His versatility rate is beyond an athlete participating in more than five different games at the Olympics. From recording Hiphop songs to Azonto to Afrobeats to ‘partial’ dancehall tunes (Love Rocks & Pon Di Ting) and now ‘Live’ music, in short Sark have proven to be a man with an octopus grip.
At just 28, Sarkodie is considered a ‘veteran’ capped with legendary cachet surpassing his fellow MIC bearers and is in a league of his own.
He is the epitome when it comes to his generation; Sarkodie’s musical ‘dexterity’ keeps improving as shown on the Mary album, where he as a rapper heavily dwells on a not too common subject (love) in most of his widely acclaimed projects.
Inspired by his granny thus the album name ‘’Mary’’, Sarkodie channels the bond shared between him and the late grandmother into a Shakespearian storyteller on most of the tracks like ‘’Mewu’’ ft Akwaboah. The song, talks about a ‘runaway lover’ whose partner keeps yearning for her.  Live instrumentals used in composing this song include drums, guitar, trumpet and a backing vocalist.
Track four, ‘’Always On My Mind’’ ft his idol Obrafour (who wrote the song) opens with an, ‘Adowa’ (popular Akan dance) ensemble element brilliantly accompanied by drums, guitar, keyboard notes and bass perfectly laced together.
The #MaryAlbum which is more Highlife affiliated was truly demonstrated on track5; this particular single ‘’Bra’’ had the legendary Pat Thomas (who wrote it) on. Incorporating the traditional harmonic 9th, as well as melody and the main rhythmic structures in traditional Akan music, Sarkodie married his rap verses to the instrumentals alongside backing vocals.
‘’Mary is my Grandma who passed away and I decided to name my new album after her’’.
Not just did Sarkodie name his fourth solo Album (Mary) after the granny, but he also titled the tenth track on the record ‘’Mary’’. Written by him, Sarkodie actually sings throughout the song with rich love related Akan proverbs. He does the last verse in a spoken-word rap style with backing vocalists and live instrumentals.
‘’Mary Album is food for the soul, amazing tunes, lyrics & bars, it’s a masterpiece’’
Commercial wise most of the songs on the album may not hit you instantly; basically, the lyrics are deep and one can sense maturity from how Sarkodie expresses his feelings mainly on love related issues.
But listening to it over and over again it grows on you and makes you relate more as Akwaboah and Sarkodie uses everyday love connected themes.
The only song with fast tempo and party dancelike melodic rhythm is ‘’Edwom Te Sen’’ which gets you bumping your head even without realizing it. Featuring a not too familiar name, Sarkodie collaborated with Quecy Pinto. Not only is the rhythm (with a sort of Kpanlogo funky element) different from the others but the theme also, Sarkodie’s verses, delves into social issues, especially gossips who tend to poke their noses in other people’s affairs.
Rounding up the eleven-tracklist album, other singles on the classic include, ‘’End Up Falling’’, ‘’Nobody’s Business’’ both ft Akwaboah. Sark also featured Chase on ‘’Giant Steps’’, ‘’Wanna Be Loved’’, ‘’Sarkcess Story’’ ft Efya and Mugeez of R2Bees on ‘’All Is You’’.
‘’This album was inspired by my grandma Mary Lokko Aggrey, may her soul rest in peace’’. – Sarkodie
Source: George Britton
Article Tags:
Sarkodie
Article Categories:
News
For Promo Call: +233 (0)245 464 567