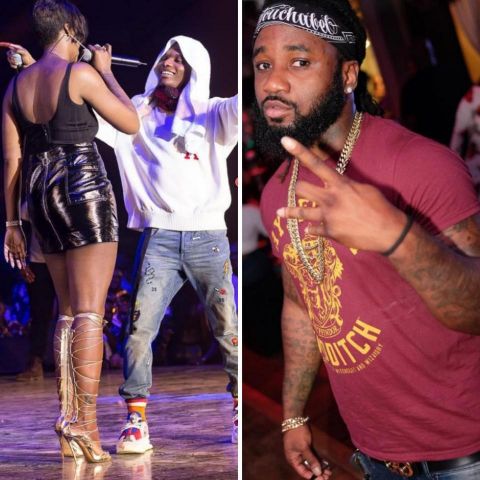 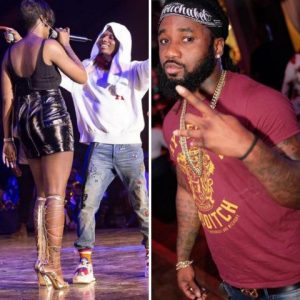 DMW rapper, Sauce Kid, who is “fresh outta jail,” was in an interview recently where he was questioned on the issue of Tiwa and Wizkid’s rumored affair. Responding to it, the rapper bared his mind of what seemed like a drag at Tiwa.

Sauce Kid possibly wouldn’t have loved to speak on the matter. But having been asked without an option to decline, the rapper shared his thoughts unreservedly, and it wasn’t exactly favorable for Tiwa. Sauce Kid started his response by saying he doesn’t exactly know what’s going on between the duo, as the last he knew of Tiwa, she was with TeeBillz.

I am a not suppose to but then, he kinda insinuated that if truly Tiwa is hooking up with Wizkid, she should have at least waited for the divorce process between her and TeeBillz to be done with before clinging to small “baby” Wizkid he said. Both are not match-able but if the two wants to fly fine. But he concluded that the whole talk may have been a rumor after all, and it’s really none of his business what they may decide to do or not do. They have them selfs i can’t seperate them.

Though it may have been unintentional, Sauce Kid’s words sort of paint Tiwa Savage black, and it is feared that Tiwa might not see things from Sauce Kid’s angle. If care is not taken, she may become his first beef outta jail. And industry enimy after a lot. We pray not.