I sell at ‘Kantamanto’ aside acting – Actress 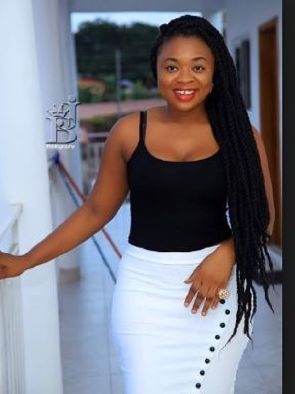 Home » News» I sell at ‘Kantamanto’ aside acting – Actress » Share To.. 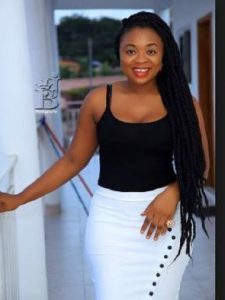 Most people after enduring some form of hardship do not want to visit the place they suffered such difficulty but actress Adu Sarfowaa does the exact opposite of that when she is not busy shooting a movie or commercial.

Speaking in an interview on Ghana’s number entertainment talk show, ‘The Late Nite Celebrity Show’, Sarfowaa stated that among other things she has gone back to selling at one of Ghana’s largest business centers, ‘Kantamanto’ where she did small-scale trading when she was thrown out of the house at the initial stages of adulthood.

“I run my shop, when life started. The truth about my story is that I was actually thrown out of the house and I started selling at ‘Kantamanto’. I told my heart that no matter how far I go in life I will still go back to my

‘Kantamanto’ business or I will still sell again,” she revealed.
That notwithstanding, she now does it on a bigger scale using the opportunities and experiences acquired over time.
“Glory be to God that the brains have widened. I’ve gotten more opportunities so now I can sell things of better quality than what I used to sell,” she said.

The versatile actress does not like sitting idle. She always wants to get her hands busy. Hence apart from selling clothes at ‘Katamanto’ in Accra, she has an event agency which is responsible for the ‘Miss Noble Ghana Beauty Pageant’ and the ‘Africa Tertiary Entrepreneurs Awards.
“Well my life is not about even getting movie roles or advert roles. I’m someone who wants to get something done all the time, that’s my spirit,” she said.
God gave me a dream to organize the ‘Miss Noble Ghana Beauty Pageant’ and ‘Africa Tertiary Entrepreneurs Awards’ where I teach people to make some household toiletries as part of my award scheme. Then I also run my shop.”
This was in response to what she does when she does not get movie or advert roles.

Adu Sarfowaa is a strong-willed, free-spirited young lady who reeks of determination. There is more success ahead if she continues like this.