Home » News» Shatta Wale Is The Best Person To Fight Against Tramadol Abuse Not Nana Aba – Actress Nora ‘Ur’ Majesty » Share To.. 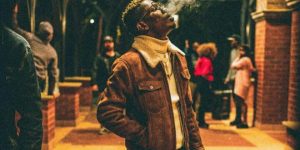 Kumawood actress Nora Frimpong Manso better known as Nora ur Majesty has suggested that Charles Nii Armah Mensah popularly known as Shatta Wale should be the face to fight against Tramadol abuse which has been on the ascendancy in recent times.

Although Nana Aba Anamoah who is a Ghanaian journalist and television host is arguably the leading celebrity campaigning against Tramadol abuse, Actress Nora in her opinion thinks, Shatta Wale is the best candidate for the job.

In the music or entertainment industry it’s only Shatta Wale who can influence the people on the streets and the ghetto youth to stop tramadol abuse than any other celebrity. Besides, the youths are the victims of the situation – Tramadol abuse.
In a Facebook post, the actress revealed that most of the victims of Tramadol are fans of the popular musician, so his major involvement in the campaign will help stop the youth.

“Just sighted this video of a young man who can’t find his way out as a result of excessive Tramadol intake. It hurts to see how most GH youths are fast losing focus to unnecessary things. I learnt Nana Aba Anamoah says she’s fighting against #tramadol abuse. But the truth is that she can’t achieve her aim without the involvement of Charles Nii Armah Mensah (Shatta Wale) because about 97% of Tramadol abusers are his fans
#SayNoToTramadol alias Tramol!!!!
#IamNoraUrMajesty”

Tramadol is a narcotic-like pain reliever. It is used to treat moderate to severe pain. Studies have shown that tramadol can slow or stop your breathing, and maybe habit-forming or other person using the medicine without a prescription.
However, the abuse of the drug is getting out of hand among the youths in Ghana. Some individuals mix the drug with energy drinks and other alcoholic beverages or take them raw as s£xual enhancers.
Actress Nora Frimpong Manso, popularly known as Nora Ur’ Majesty, is an adorable Kumawood actress and TV host. She has been featured in movies such as “Mary Kronkron”, “The Promise”, “Deadly Forest” and many more.