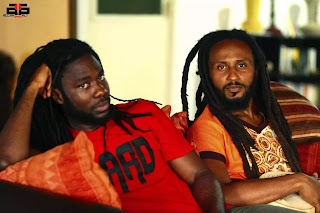 Music duo, FOKN Bois – Wanlov the Kuborlor and M3NSA say Ghana’s dancehall king, Shatta Wale is will need to stand the test of time before he can refer to himself as a super star.
According to the duo, “there is longevity in musicianship where people like Gyedu Blay Ambolley have released about thirty albums and are still very relevant”
They urged Shatta Wale to remain calm and also change his approach of fighting for Ghanaian music. According to M3nsa, Wizkid is an international superstar and the self-acclaim dancehall King doesn’t have to beef him in the name of fighting for Ghanaian music.
“Wizkid is a superstar, international superstar, so I don’t know where he is coming from. Shatta Wale is a superstar but you see, I have to see beyond that … is like Ghana and Nigeria are the same people, so why are you against the next person who is also struggling just like you to make it on top? I’m not really interested in all that stuff,”
M3nsa said. He went on to say that Shatta Wale is rather pouring his frustrations at the wrong place. Get more YEN news here. “We support all African musicians, we also like to support our own … the whole situation like playing enough Ghanaian music on radio and all that stuff, that’sgot nothing to do with the musician.
How’s that the musician’s problem, so I don’t see why he is directing that” M3nsa said.
Article Tags:
FOKN BOIZ · Ghana and Nigeria · Ghana Celebrities · Ghana News · Shatta Wale
Article Categories:
News
For Promo Call: +233 (0)245 464 567