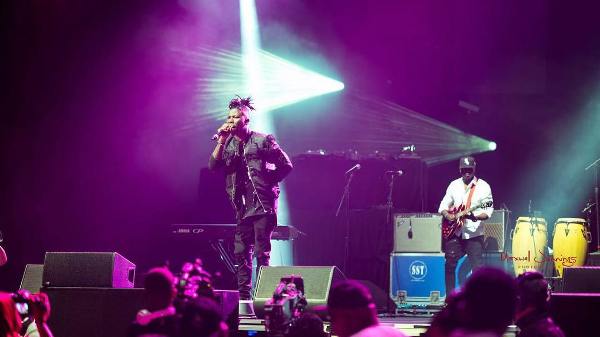 Afro/dancehall artiste, Stonebwoy has described as “ridiculous” publications that Nigerian artiste, Wizkid sacked him from stage during the latter’s performance at One Africa Music Fest, New York, last Friday.

According to a publication, Stonebwoy remained on stage and loitered after his performance with Wizkid, leaving the Nigerian act with no option than to technically sack him off the stage.

But reacting to the issue on Pluzz FM’s AM Pluzz, Monday, Stonebwoy asked that the report be disregarded. According to him, he was never sacked. He emphasized that he personally posted the video of their performance online and if indeed he was sacked, he would not have posted it.

“I posted the video myself. To hear that I was sacked was just ridiculous. It’s too ridiculous,” he told host, Sammy Flex.